March 30, 2020
Hello, everyone, this is Arca, and this is my second-to-last "edublog". Today I decided to write about a type of thing that we've all been using a lot of during this quarantine situation, which is a web app.

Web apps are programs that can be run in a browser like Google Chrome as a website, or for some, alternately downloaded to a computer. It runs all of its processes over the web, but behaves like an application, which is why it can be called a "web app". I have listed just a sample of 5 of my "favorite" ones and briefly described what I like about each of them and why, and as well as some constructive criticism of each of the programs. Let's face it, even the best thing in the world has some faults, since nothing is perfect.

Discord is great since it has done as much as possible to be an all-inclusive chat and community platform designed specifically for gamers, regardless of platform. It runs on PC or phone and tablet, which means less having to use proprietary voice chat systems on particular consoles and games that don't always work the best. But this isn't just for gamers, but simply in general a way for people to set up massive servers to talk about a wide variety of subjects and see what other peoples are online, what games they may be playing at the moment, and much more. But what would I fix about it? First off, make it more console-friendly. Actually add it to Nintendo Switch so that I don't have to use a 3rd party GitHub software to manually show when I'm playing a Switch game (even though this requires Nintendo to approve of it themselves, and Discord themselves have said that). At the very least, just let us link more accounts to it like Nintendo accounts, PlayStation Network accounts, and show what games we're playing on iPhone or Android rather than restricting that feature to Samsung Galaxy.

Let us have more customization and control of what order that roles and ranks in Discord show up, and what color our nickname will have regardless of what random priority numerous roles have (what's up with that, anyways?). Let us make different priorities of friends (best friends versus just any regular DMs to show up in a certain order on our lists), and actually make custom statuses work! At the moment, for many people they're simply  broken, and for me it won't let me update for how long I keep a status (for thirty minutes or an hour versus constantly resetting it to just "today"). Keep making the application smoother, and nicer-looking, and maybe even add custom themes or appearances. I know you want to sell more people on Nitro to keep your business afloat, but being able to at least use a few (like 3-5 emojis) permanently across any server without Nitro would be nice. Also, add just one boost to Nitro Classic so that more people would consider getting it. 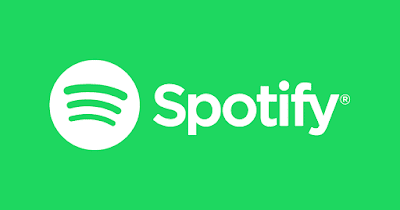 I'm not a big Spotify fanatic but it's good for "background noise" while doing any activity like writing or typing something up (like a blog), providing a background in a soundtrackless game like Steep, and integrating well with my Discord status, dang it. So, how would I fix it, other than living in an alternate reality where businesses don't need money to stay afloat and don't put ads to survive off of their "free" products? Well, the number one priority would be to fix the mobile app, since it's pretty terrible. I mean, it's not broken by any means, but compared to the amount of flexibility in playing pretty much any song, any time that the desktop version and website provide, it leaves much to be desired. I wonder if any "premium" members still have to deal with the complete lack of control one has over what they're listening in the mobile version most of the time, but in any case, the desktop version could also use improvement. Like being able to drag songs in a specific order in a playlist without it sometimes glitching and breaking, and being able to choose which song cover or covers will be the thumbnail for a playlist without having to change the order in which songs are in, and a way to turn off "autoplay" of recommended tracks rather than your own curated list.

That would all be very nice, but please, if Discord was able to make their mobile version so close to desktop (with even admin server customization settings remaining almost completely intact!), there's no reason that the mobile app should be so inferior when it could clearly be more capable if more effort was put into it. Also, I mean, putting Spotify on the Nintendo Switch would be nice when it's already available on the other two major console platforms, but I don't know if it'd work given Nintendo's current UI of only having one software or "game" open at a time. Yet again, it could also work like the eShop and be at the very bottom, but this will most likely never happen and I don't consider it urgent. I still want a Rocket League soundtrack though, so at least fix your mobile app. 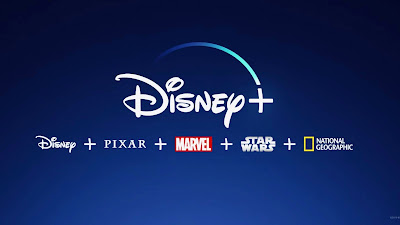 I don't have my Netflix login anywhere really, except for a smart TV, and I don't watch anything on it really ever anyways (my parents are the only ones in the house who use it). Shocking, I know. I also don't watch TV or stream things an awful lot. Disney+ appealed to me obviously because of Star Wars, which was The Mandalorian, and also the ability to stream all of the Star Wars movies (with Solo and Episode IX not there yet) in 4K. I don't use it that often, but I can already tell that it has some issues. Namely, things should be removable from your "continue watching" easier, custom playlists, and a better way to fine-tune your home page. This is literally the only paid web app on this list, so of course a greater quality and no ads and such are expected here, so I don't have much more to add.

This one is, without a doubt, the most prevalent and common web app on this list for people regardless of their interests or age group. It's been here for a long time and we're all better and worse because of it. I'd make it easier to manage channel subscriptions, and I'd mainly want it since I've had a YouTube account for longer than I've had a blog and there are a lot of subscriptions in there that I am no longer interested in since a lot of time has passed, yet it takes forever to scroll through them all. Also, add more channel customization tools and options on mobile (like changing the channel art), some of which aren't even available on the Studio app somehow. Lastly, fix all of this COPPA mess, many videos are much less interesting without comments (like fan reactions to trailers), and not being able to use the mini-player or add to a playlist on the video's URL page is irritating. Require kids to have some sort of parental verification (like a small charge on a parent's credit card of a few cents, like how Nintendo got parental consent to make a Network ID on the 3DS... 7 years ago!) to sort through all of the legal stuff, or better yet, stop collecting creepy data on little kids. That would be great for us all. Also, maybe notify us if videos on our "Watch Later" list are way too old and if we want to delete them so that list stops growing larger and larger with no-longer-relevant videos.

Anyways, that's the end of my list! What do you think? Is there anything else about these web apps that you wish could be fixed? If you were any sort of software engineer, would you actively care about your users' experience? What's a web app (not a website, sorry social media) that you use often and what bugs you about it? Leave all of this in the comments below. Stay healthy and safe everyone, and have a good one. This is Arca, signing off for now. See you in tomorrow's post!