March 12, 2020
In today's gaming news roundup (a rare instance of me actually doing two news roundups two days in a row), I will take advantage of my later sleep schedule due to the sudden cancellation of all school and work in my school tomorrow for a staff day (that was one happy surprise of a voice mail, even if I'm not sure if they'll go ahead and add a day to the calendar) to write about more than just two separate topics. How many total, in fact? Three. The first part builds upon what we learned in a post I made two blogs ago (http://www.arcabaran.com/2020/03/happy-mario-day-2020-lego-mario-announcement.html) with some more interesting tidbits and a new trailer on Nintendo being Nintendo and subverting our expectations with the help of LEGO, the second part is about one fan's unexpectedly immature response to a very praised once PS4-exclusive being ported to PC, and the last part is a surprise featuring Tom Nook. Anyways, enough of the yip-yapping, and let's jump three times while walking forward, toss our hats over a ledge, jump on them and then press ZR or ZL to Cappy-dive straight into the news!

We finally know what LEGO Mario is and it's... different 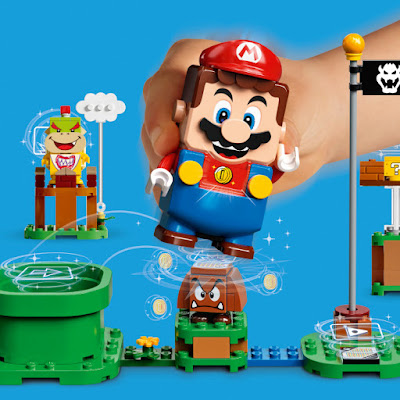 From the post I made on Tuesday about the initial reveal of this topic that coincided with MAR10 or "Mario Day", most would assume that it would just be a traditional LEGO set with traditional figures and landscapes, just like how every single person on the planet would expect. But if we've learned one thing at all from Nintendo in the past decade, it's to expect the unexpected, whether that means we're being sold on games requiring expensive (but ultra-fun and creative) cardboard, doing exercise while playing games (that was a big shocker to people in 2006), or still not adding Waluigi to the Smash Ultimate DLC roster for some reason. Some of these decisions are indeed questionable. But partnering up with LEGO was a no-brainer and will obviously have them taking showers with money. I mean, if Star Wars and the other biggest intellectual properties in the world got LEGO'd so quick, why did it take the iconic red plumber so long?


But this isn't a traditional type of LEGO with traditional minifigures and just houses or castles or something. They worked together with LEGO to make it a unique experience that blends electronic video games with kids playing with their toys, and the result is something that I would've possibly cried myself with excitement for as an eight-year-old. You can watch the 53-second trailer for it above or here, to see the thing in action.

Anyways, it seems that the figurine of Mario actually has some Bluetooth RFID technology built into it that lets it know when it is near certain parts of the terrain like power ups and even the famous Question Mark Block, so that it can do things like collect coins which show up on his shirt, stomp on Goombas, and play through any level that a kid would want to make in real life. This is like a Mario Maker in the real world for children, and the reason I'm excited is because of the amount of joy it will create. It's one thing to have Luke Skywalker as a LEGO figure and build an X-Wing, but it's another thing for a 7-year-old to build and hold Mario in your hands and have him run around and make sounds exactly when he jumps and reaches the flagpole... I mean, thinking about this through the perspective of my past self, or even as my little cousins, this is practically the coolest thing in the world. But seeing as I'm 15, I'll find more enjoyment out of playing Super Mario Maker to create levels. My little brother is still in his toy-playing stage though (a rarity for most children nowadays, with the unfortunate occurrence of phone and tablet YouTube brainwash babysitting that has sucked the creativity out of the entirety of this upcoming generation, and I'm glad I was born even two years before the iPhone).

The only downside to this that I could think of is how horrifying that Mario may look like when his batteries run out, if they don't have white panels or a default pupil or something like that. I Googled it and found out that some person already Photoshopped it on Twitter, as shown below: 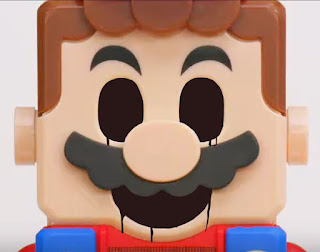 Above: Try not to think about what he'll look like with his batteries turned off too much. Credit: Twitter

As for the sets, it appears they'll come separately in pieces like these, and we don't even know price or release date yet, but if there's anything I've learned from retail stores, is that these things always get leaked through inventory lists anyways. Just like what happens with GameStop and E3 every year, letting us know the prices of untitled games out of context... but wait, we won't have a physical E3 this year. Read my previous post if this caught you off guard!: http://www.arcabaran.com/2020/03/e3-2020-cancelled-reggie-joins-gamestop.html Now, onto the next bit of (less recent, but still happened yesterday) news.

Horizon Zero Dawn is Coming to PC, so one fan destroyed his office. 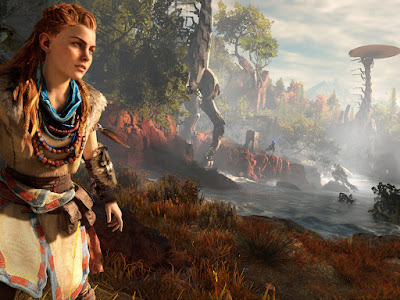 Recently, Sony confirmed that their once-exclusive, and still phenomenal AAA story-driven open world game (they've got a lot of those, it's what made PS4 defeat the Xbox One this particular generation) Horizon Zero Dawn (which I have as a birthday gift that I haven't gotten the chance to get past the full intro tutorial yet, but so far it looks gorgeous on my new 4K TV, even without the graphical boost of the PS4 Pro)... will yeah, be coming to the PC sometime this summer. This is great news, since it means that more people will get to play this game, specifically PC owners, who may not have considered getting into the PlayStation ecosystem next generation otherwise. But the problem with literally anything is that we can't have nice things, since somebody somewhere will ruin it. That's exactly what happened with some toxic fans, and it got so ugly that a game developer had to call them out for their immaturity.

This was the original response: 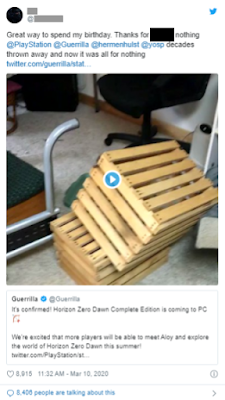 Here is what Sam Sharma, who used to be senior online producer for Guerilla Games, the developer of the game, said in response:

Couldn't have said it better myself, Sam! Now, on to the last bit of news: 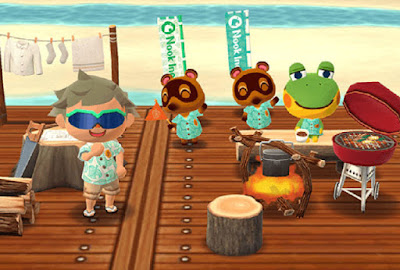 It is no surprise that at some point, Nintendo would try to get mobile players of its Animal Crossing: Pocket Camp game to buy the new Animal Crossing: New Horizons game on Switch. After all, the whole point of Nintendo's mobile game business was to introduce the mobile gamer audience to their full-quality console games playable anywhere on the Nintendo Switch, or, better suited for a true "phone gamer", the Nintendo Switch Lite. So the announcement of free DLC for this app to tie in thematically with New Horizons is----

Wait a minute, who's that raccoon over my shoulder wearing a beach shirt? Why is he putting a fishing net over me and offering me yellow bags of bells to let him type the rest of this post? All right, I give up. Here, you go, Mr. Noo--- 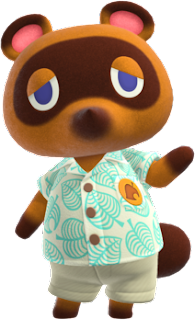 
Greetings, it is I, Tom Nook, CEO of Nook Inc. Your Pocket Camp will now have access to a taste of our deserted island getaway package, in the form of relaxing island furniture and insects to catch and collect. What is that? A virus you say, hmm? Impacting your ability to travel? Do not worry! Here on the Island and anywhere else owned and operated by Nook Inc., "viruses" do not exist. Let go our all of your worries and escape to an island paradise! All you have to do is pay me all of your bells, yes?. Or try out Pocket Camp for free on Nook Phones (and other phones that I won't mention here because my company is the absolute best). Happy capitalism!

All right, it seems that the very big cartoon raccoon smelling like spray-on tan has left me alone after speaking a bit in some gibberish that the Nintendo Wiki calls "Animalese". All right then, I guess Reggie working for GameStop has had me start to hallucinate in disbelief or something. This is Arca, signing off for now, and don't forget to wash your hands! In the meantime, I'll be able to sleep in tomorrow and not have to take a history or Spanish test. Adiós y nos vemos.