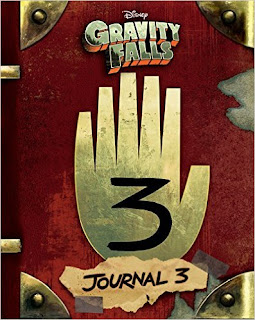 I haven't made a Gravity Falls related post in many months. Here is some news that I am sure will get all you Gravity Falls fans hyped up! You probably already know about the official Journal 3 replica that will be released by Disney. Well, now it is available for preorder on Amazon and has a release date of July 26! That is only 11 days away. To preorder on Amazon, use this link: https://www.amazon.com/Gravity-Falls-Journal-Alex-Hirsch/dp/1484746694?ie=UTF8&ascsubtag=cc488377399861915418ec234c3dd36e_S&ref_=dra_a_rv_hp_hn_xx_P1400_1000&tag=dradisplay-20
On Amazon, it is discounted to only about $12 even though the list price in any other store would be $20 when released. On the Amazon link, you can also see a sneak peak of some sample pages! 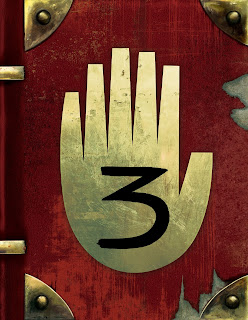 It will have a jacket cover with the title and Gravity Falls logo on it, as shown at the top of this post. The jacket will also double as a poster. Underneath the jacket the cover of Journal 3 as seen from the show will be there. It will first be released in hardcover with 288 pages. It is written by Alex Hirsch himself (the creator of the show) and Rob Renzetti (he also works on the show). It is illustrated by Andy Gonsalves and Stephanie Ramirez.

It will feature all the pages ever seen in the show from all three journals, as well as some all-new never before seen ones. All the scribbles on the pages from the show will be translated into actual writing! We will find out the answers to previously unanswered Gravity Falls mysteries, such as Dipper's real name and what Ford did in the portal. Plus much more! It will also have notes from Dipper and Mabel, and the Author's full story. 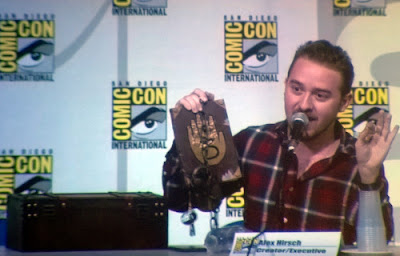 Alex Hirsch first made an official announcement of this happening about a year ago at San Diego Comic-Con. When asked if the journal would have a way for readers to see the secret invisible ink messages on the pages just like in the show, Alex responded that he was trying to get the publishers to do that. I guess we will have to wait and see! It is very unlikely that it will come with an invisible ink flashlight since it was not mentioned in the Amazon pre-order description. However, t is more likely that the invisible ink messages will actually be written on the page, in purple ink or something like that. However, I didn't see it on the Amazon sneak peak pages, so I kind of slightly doubt it. But sneak peaks usually change somehow by the final release. 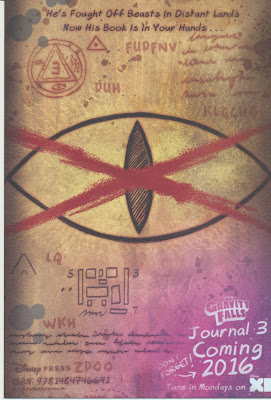 In all of the Journal 3 page promotional cards given out at SDCC 2015, there was a purple message made to looks like it was invisible ink saying when that Journal 3 would be released in 2016. This is a small piece of evidence to support that there may also be invisible ink messages in the book. But we will have to wait to find out! 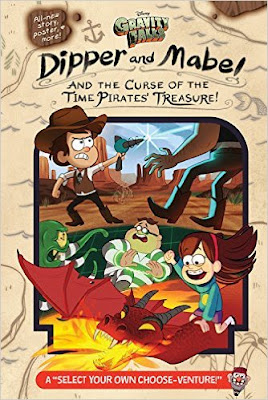 There is also another Gravity Falls book coming out. Coincidentally, it comes out on the same day as Journal 3 (July 26), has the same number of pages (288), and is also hardcover. It is written by Jeffrey Rowe and illustrated by Emmy Cicierega. It is only $7.38 for hardcover pre-order and has a list price of $13, which is only valid anywhere but Amazon. Here is the link to the Amazon pre-order site:
https://www.amazon.com/Gravity-Falls-Pirates-Treasure-Choose-Venture/dp/1484746686/ref=pd_bxgy_14_img_2?ie=UTF8&psc=1&refRID=YBCSCJQN7Q9F8VXBPEGV

Just to make sure that I am not plagiarizing, here I will quote the official Amazon book description:

Blendin Blandin is searching for the legendary Time Pirates' Treasure, and he needs Dipper and Mabel's help . . . and yours, too! Journey through time and explore the dragon-infested medieval era, the Weird-and-Wild West, and the laser-and-giant-baby-filled future. YOU choose from multiple paths that lead to different wacky adventures! You might end up finding the greatest treasure ever known, or you could send the twins and Blendin into an abyss from which they will never escape! This all-new Select Your Own Choose-Venture time-travel treasure hunt book features thrilling adventures, original artwork, and an exclusive double-sided poster! The book's author, Jeffrey Rowe, wrote episodes ofGravity Falls; Alex Hirsch, the creator of the show, provided additional story for the book; and the book's illustrator, Emmy Cicierega, was a storyboard artist for the show. 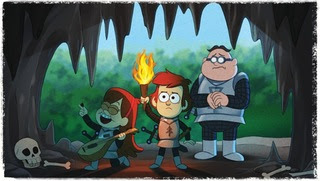 So this means that your choices made will affect the story you experience (sort of like Minecraft: Story Mode). That basically means that this is not considered canon by the show's standards since the story always will be different for each person who reads the book. It will be very interesting to try this out for myself! And I miss Blendin Blandin, since he was one of my favorite characters, so I am happy to see that his story technically isn't over. We also get to find out more about Time Baby, which I am very excited about. It will include a poster. Both books will be in full color. There are also some sample pages released on Reddit, which can be seen here: https://www.reddit.com/r/gravityfalls/comments/3suy6z/samples_of_internal_pages_from_the_select_your/

Overall, I an very excited to read both of those books! They come out on the third day before I leave for Turkey. I will get them on the first day, and will eventually do a review on both of them once I finish reading them. I will read them in Turkey as entertainment, so don't expect me to finish them in the first two days that I get them. I am leaving for Turkey on July 29, which is 14 days from now.

I hope you enjoyed this post! If you are excited about the new Gravity Falls books, share this post on social media with the hashtags #GravityFalls and #Journal3. Stay tuned for tomorrow's post, and a post every day until July 29. See you guys next time! BBYYYYYYEEEEEEEEEE!!!!!

Here is my previous post, about the recent posts glitch being fixed:
http://arcabaran.blogspot.com/2016/07/ttht-blog-upgrade-52-recent-posts.html