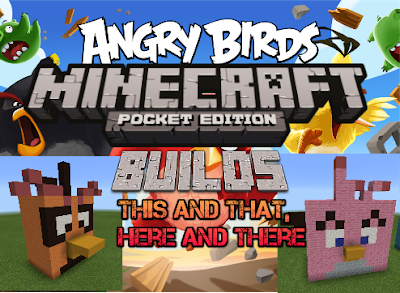 Hello, everyone! This is Arca. I will make two posts today to make up for not posting Saturday. According to the last Google+ poll, the two Angry Birds builds you wanted me to make in Minecraft PE were the orange bird and pink bird. So, without further ado, here they are! 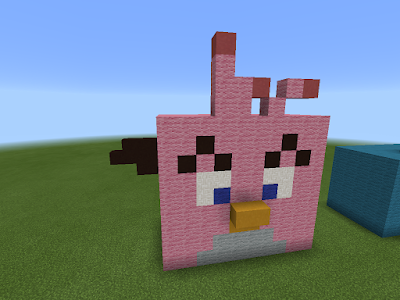 You can see Stella above, She is a pink bird. Her beak is small and yellow, She has arching black eyebrows with blue pupils. She has three curved head feathers that are pink with a dark pink tip on each. She has three black tail feathers. I couldn't find any light-pink blocks for the stomach, so I used grey. 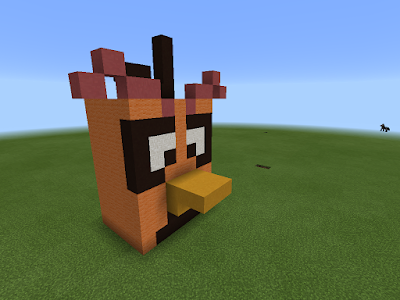 Bubbles is shown above. He is an orange bird. He has a medium-sized yellow beak with black surrounding his eyes. His stomach is black. He has long red eyebrows shaped in an arch shape. He has two black head feathers. 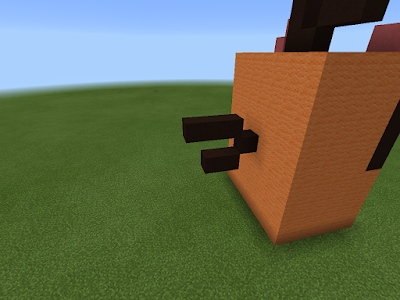 \
As shown above, Bubbles has two black tail feathers that are slightly connected.

There will be no poll this time since there are only four characters left I can build. I will show you two of them Wednesday, which are the moustache pig and King Pig. Stay tuned! The other two will be surprise, and will come sometime next month!

Here is my previous Minecraft PE build , the Helmet Pig and Hal the Green Bird:
http://arcabaran.blogspot.com/2016/07/minecraft-pe-angry-birds-builds-hal.html