Nintendo Heavily Rumored to be Releasing EVERY 3D MARIO GAME EVER on the Switch! 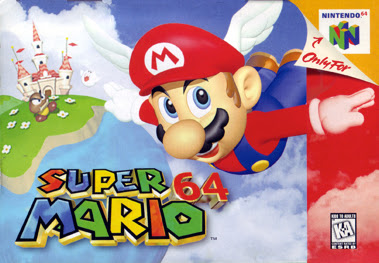 Hello, everyone, this is Arca. You may be surprised to see me writing this here, especially after my post yesterday, on the 1st of April, about quitting using Blogger, among numerous other things. Well, I tried using Hubpages for two seconds before I gave up because of how needlessly complicated it is. Yes, that entire post was obviously an April Fools' joke right down to the loud blasted musical callback to my super-old YouTube videos in the video I made for it, and the HTML of the post literally being visible within the post itself. But all jokes aside, I kid you not, go ahead and go to Hubpages for a second. Try making a blog in just 30 seconds without being confused as to all the random fields to fill out and requirements to meet before I could even publish a single post saying "Hello world"! No wonder they had a tutorial button at the start, yeesh.

Anyways, on to the news: If you've been following Nintendo News websites or YouTube channels, or even semi-trusted  and reputable sources and publications like Business Insider lately, you'll know that a hot topic right now is the topic of the two-good-to-be true report (heavily corroborated by numerous sources that have been right before in the past, mind you) that goes something like this:

Every single 3D Mario game ever made will be ported to the Nintendo Switch, possibly remastered in HD(!) by the end of this year in time for Super Mario's 35th anniversary. Oh, and also a brand new Paper Mario game in the style of the good old ones that people actually like will be released. That last part I personally don't care about as much, since I have never tried a Paper Mario game (not that I've had much reason to, since all the ones that were released when I wasn't a toddler or extremely young apparently weren't as great).

I'm not stating that as fact. I'm just reiterating what all of the sources say. Don't believe me? Literally just Google search "mario games 3d switch" and head to the news tab within a few days of this post (assuming it's still relevant, which it will be), and you'll see a bajillion sources that have all at least had the rumor in their headline. So no, I'm not making this up, and I already had an April Fools' joke (hey, I thought that April Fools' this year was cancelled, Mojang... nevermind, your thing this year was awesome).

What games would this hypothetically include? Well, if we're only counting maineline Mario titles that even are in a 3D, non-side-scrolling format and released on a home console (sorry, Super Mario 3D Land, even though you were fantastic and I beat you three years ago):


So yeah, that's an awful lot of games, and they're also all very good. I doubt that they'd release it in an "All Stars" format, meaning that they just bundle it into one game package, since Nintendo has never been one to devalue their IPs, no matter how old the game is, as evident by their continual selling of old once-$50 Wii U games on the Switch for a full $60. If this were to go down, and I sure hope it's not this year since that's so out of left field and it wouldn't been so bad if this surprise was spoiled for us, then I think they would most likely sell them separately and probably not as HD remakes (except for 3D World, which was already in HD), but as $20-40 eShop titles.

That would prevent them from having to produce a heck of a lot of physical cartridges during the coronavirus season, and also from overworking developers who would try to remake them entirely. The games can all become holiday bestsellers this way without anyone having to go outside in crowded lines and stores to buy them in the midst of virus concerns. As for that rumored Paper Mario? Unless they're literally just about already finished and ready to put it on shelves by the winter to make up for the inevitable delay of BOTW 2, I'd hope for Nintendo to let their developers take some time off and just save it for later. Besides, if they really want the Switch to have such a long life cycle like they were claiming, they can't just release every single franchise under the sun on it in just under 4 years.

This is all just a rumor and would likely be delayed anyways due to the coronavirus (and at that point they wouldn't bother to rush it, since it would miss the plumber dude's 35th anniversary). What are the chances of it happening exactly as the "reports" (which just all boil down to, as the YouTuber Arlo puts it, some dude told some other dude who told some other dude that they think it's happening) detail it? Very low. Close to like zero percent, in my mind. What are the chances of them wanting to do this at some point? 99%, if they listen to the fans and their own love of their previous masterpiece game creations. But doing any of them before the end of this year, let alone as non-HD and just on the eShop? Maybe 50-60% if I were to take a guess, since just one port is a lot easier to pull off in time for a Marioversary then literally 5 of them (plus a brand new game!).

The world has turned upside down, and being able to play 3D World, which I missed out on since I, like most gamers, never owned a Wii U, would at least give me some additional enjoyment. But I wouldn't want it so much so that it would come at the expense of the developers' lives being more stressful. So I'd advise Nintendo to maybe relax, take a chill pill, do whatever they can do to stay afloat as a business, and keep up with treating their employees well (as they have, unlike some other massive gaming studios).

Anyways, what do you guys think of this rumor? Is it so unpredictable that Nintendo would do it? Do you think that they were going to do it but now it won't happen this year? Would you be interested in any of these all-time masterpieces if they made it to the Switch? Leave it all in the comments below. Have you played any of these games before? I know I at least had access to the original DS remake of Super Mario 64, but didn't ever get to play it that much. I know lots of people who owned a Wii with Mario Galaxy, though.

Anyways, you've heard all the stay safe and wash your hands stuff a billion times before, but I'm saying it again. Also, maybe get some fresh air if the weather permits (and your toe isn't broken, like me... in which case, I just sat in my backyard and read a book for a while). This is Arca, signing off. Have a good one!