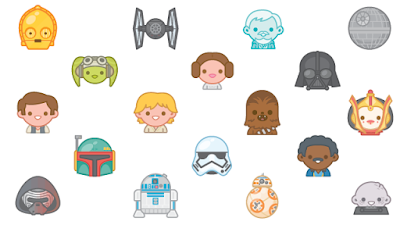 Along with the official Star Wars app there is also new Star Wars emojis. There are several adorable and fun emojis to use in your texts and emails. Here is all 52 of them: 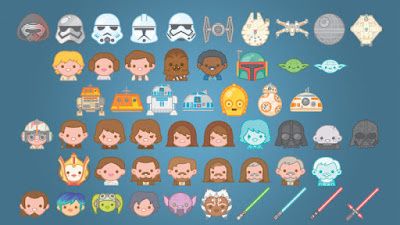 Disney assigned artist Truck Torrence to design and create these emojis, and he added in a few of his own, most notably Anakin's face under the Darth Vader mask. He was discovered in a Star Wars art gallery. People loved his work so much that Lucasfilm was told about it. They asked him if he'd we interested on a secret project for the biggest film of the year. He obviously said yes to the offer, and got to work!

He knew most of the characters already by heart, but he had references just in case.
Creating them sometimes took minute, or even hours depending on how complicated it was.
Here is an example of the process of creating a single emoji:

The plan was originally to let people tweet with these exclusively at Star Wars Celebration 2015.
Those were C-3PO, BB-8, and the new Force Awakens stormtrooper. They did it again with San Diego Comic Con. Eventually they decided to make it available forever, and updated the Star Wars app with 52 emojis. 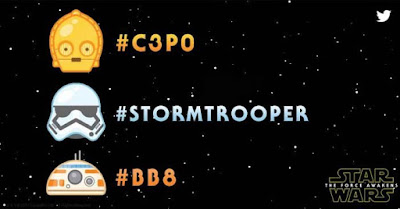 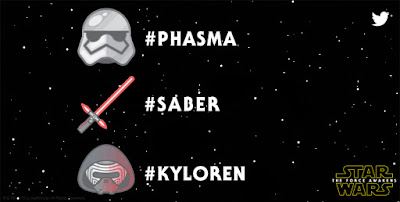 That being said, I hope you enjoy using these cool Star Wars emojis however you want, whether its relevant to your text or not!