The Rise of Skywalker Novelization is Trying to "Fix" the Movie- Is it working? 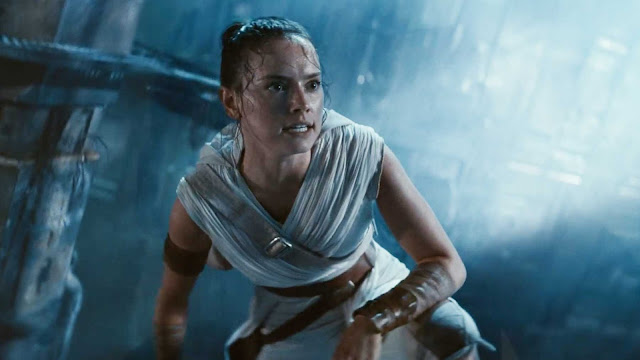 To start this post with something about my daily life, as I'm writing this my little brother just came back home from his piano evaluation. He was stressing all day about it yesterday, and was scared that if he made even one mistake with his song in front of the judge, he would automatically get a silver medal recital instead of a gold medal one. I also have my evaluation right before noon, and I am not very worried. Him and I practiced in public yesterday (since our electronic piano at home's sensitivity settings are wack) on a piano, and when we were both done, a man walked up to the piano, sat down, and started playing awesome jazz music by memory. His fingers moved with energy and skill across the keys, and filled the entire massive public space with the loud, joyous funky sounds of piano jazz. When it was over, he got off the seat and we all applauded him and waved back to him to have a good day. When my little brother walked into my room as I was typing this post, he said that he thinks he actually did very well during his evaluation, and I congratulated him. Anyways, now on to the topic of this post!

This post will be spoiler-free, but you don't have to look hard online in all the Star Wars-related headlines to know that the upcoming novelization of the conclusion film of the Skywalker Saga, Episode IX: The Rise of Skywalker, has made some... controversial decisions and changes to the story of the film as we see it on screen. Any of the supossed "unanswered questions" or "lazy writing", which some have blamed on Disney for cutting out too much of J.J. Abram's original runtime, have now been given answers that in my opinion, only add to the convolution of it all. But let me explain.

We aren't strangers to the concept of Star Wars making mistakes and then adding supplementary material to try to fill in gaps. I'd argue that The Clone Wars animated series was a successful attempt by George Lucas to make peace with the fans after a large portion of the fanbase found that the prequel trilogy didn't do the characters and the fantastical world they lived in justice. It fleshed out the once faceless and cannon-fodder clones, made Anakin actually cool again, and had plenty of time to explore the unseen corners of the galaxy.

So, along came Episode IX, and I can personally agree that while I enjoyed the film a lot and think it did justice for individual character arcs despite having a rushed first act and also just pushing some characters to the side altogether. However, it is pretty objectively clear that many big plot points were just presented in the exposition with no explanation at all. Many things have the potential to confuse the audience and also to feel overly complicated or plain lazy, even if it really wasn't J.J. Abrams's fault that half an hour or so may have been shaved off of his original cut of the film. 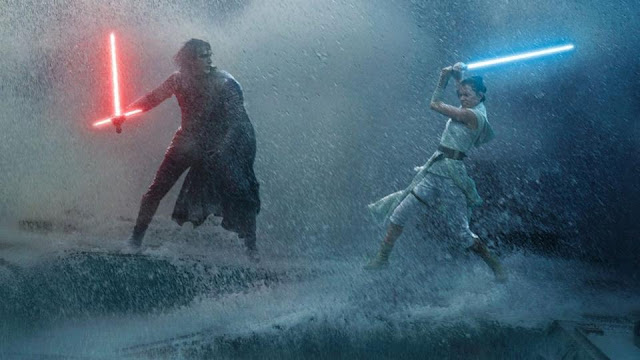 Do retcons like those in the novelization actually help the problem of the film's final cut? Mostly, no. While I'm sure that the novelization would give many scenes more room to breathe so that the reader can fully absorb the emotional weight of important character changes and conclusions, I don't think by suddenly saying, "Remember that guy? Yeah, he was actually this" you fix the movie. You just seem like you have admitted defeat and just shoehorned some random explanation into it at the last moment that probably wasn't the original storyteller's intention, anyways.

I have never really been mega-enamored with the idea that Star Wars needs detailed explanations for literally everything, from Snoke's origin story to how Palpatine could return to even Rey's parents. While I thought it was cool and fun to theorize about all of this as a community, just because a film didn't present all of this didn't make it bad or a "retcon", unlike what many detractors of the film The Last Jedi would say. While yes, I do think that just putting a big plot point in the opening crawl is lazy, if it were brought about slightly more naturally (no need for fifteen minutes of flashbacks), then we wouldn't have found ourselves in a situation to this scale.

But hey, that's just my opinion. Without spoiling the film for people in the comments, do you agree with decisions like these? If a film lacks certain details, is a novel version of it allowed to retcon certain parts and provide even less explanation for them than the film would for the question it was trying to answer? Does this look good for the people behind the films or the book? Leave any of this in the comments below.

This is Arca signing off for now, and may the Force be with you... always.

P.S.: If you haven't already, check out my previous post, which was a review of the first 3 episodes of the new final season of The Clone Wars!: http://www.arcabaran.com/2020/03/star-wars-clone-wars-season-7-episodes.html