POLL: Vote for my next collab post with Xiang! 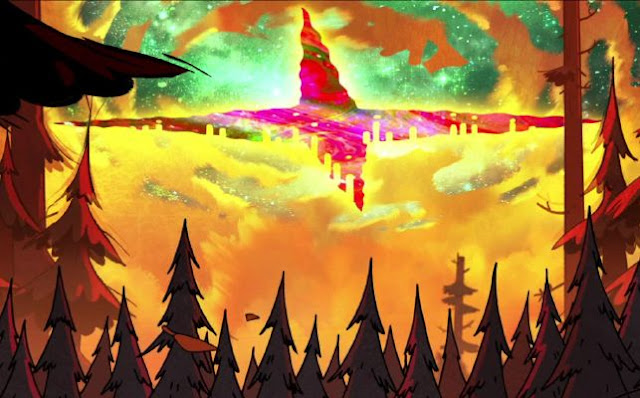 Above: If only the apocalypse were like this, instead... Image Credit: Disney Animation's Gravity Falls

The apocalypse has finally approached us! All Costcos within a twenty-minute radius are out of soap. I've had to cancel two spring break trips in a row... the first was a cruise to China and Malaysia that my family planned a year ago, and the second was a backup trip in Spain and Portugal. Now, instead of my friends coming over to my house to play Smash Ultimate, we have to deal with Nintendo Switch Online's occasional lag and use my own Discord server's voice chat for probably the first time in history, when I created it seven months ago. As Videogamedunkey put it, "Last of Us is now real life... but the game is cancelled." (Actually, the game isn't cancelled, that was just part of a joke in the video, but seeing as that game is literally about a post-apocalyptic world caused by a massive virus...)

After weeks of quarantines, and also with the information that I will have to be taking "virtual school" for four hours a day in the comfort of my own bedroom in pajamas or sweat pants, with this origami Yoda (pictured above) to keep me company and bestow me with wisdom as I take online tests, I know I will have lots of time on my hands. So will lots of kids in the rest of New Jersey, and even my cousins in Turkey (where the entire nation has closed its school, similar to Italy, even though the extent of the virus in Turkey is as of yet, the last time I checked, still unknown). Everyone knows this. Even Disney knows this, which is why they did things like release Frozen 2 (which I have no interest in whatsoever) three months ahead of schedule on Disney+, as well as make Star Wars: The Rise of Skywalker available on purchase on most platforms digitally today, which is a full several days ahead of schedule, to, in their own words, something along the lines of "provide fun and joy during these tough times". I can tell you that only one of the things above would give me any joy whatsoever, and it isn't even my first choice for a Star Wars movie to watch.

So, what better way to spend these times than to bring a much-loved thing on my blog back: Collab stories! With a former full-time blogger himself, former pet chicken owner, and still-friend (but former-same-school-student), Xiang Meng.

For the first time in literal years, my blog now has two members! (Believe it or not, it wasn't always a solo project.) I once experimented with inviting Xiang in the 5th grade, but back then he would just occasionally spam (as I sometimes did on his own blog, which I also was invited as an author of). Now, I know that inviting him would be a good idea since he reached out to me himself and asked if he could write more stuff for This and That, Here and There. So I said yes.

A few weeks back, before the virus was in NJ (but after a false alarm that tested negative), we watched the Sonic the Hedgehog movie together. We could review that. I haven't told anyone else this before, but last year (all of 2019, and the end of 2018), every single new movie I watched in theaters, I watched it together with Xiang. Those would be Spider-Man: Into the Spider-Verse, Captain Marvel, Avengers: Endgame, Detective Pikachu, Spider-Man: Far From Home, and Star Wars: The Rise of Skywalker (which was a rewatch for me, but not him), in that order. Most of those, except for Detective Pikachu and The Rise of Skywalker, have not been given any sort of review on my blog whatsoever. So, that will be one option on the Google Form for collab ideas (or even solo Xiang post ideas) that I will insert at the end of this post.

Another option is a particularly popular one, which would be to continue the "Waluigi Tales" tragic backstory that he wrote so well all-alone in the perspective of Wario for chapter 2 back in October, which received good feedback from my readers. (You can should definitely read that here: http://www.arcabaran.com/2019/10/waluigi-tales-chapter-2-uncle-wario.html.)

We could write about a Hackathon we attended back last June that was particularly interesting (we won honorable mention for a multiplayer, very dank game about a duck). Literally all of this and more is a gold mine of potential post ideas. He doesn't write that long (unlike me), but he spent over two years on two or three blogs of his own, which he said were sometimes inspired by me. What do you guys think? Use the below Google Form to give suggestions and vote for an option that he should do next. There is no due date for this or anything, but as time goes on whichever is the most popular we can do next, and so on. Here's a link if you can't do it right on this post: https://forms.gle/VSxzp8kMNpZ87Uqd9

If you are another friend of mine who would also like to collab, since collabs are fun, then feel free to reach out to me and we could make it happen over a Google Doc at the same time with a Google Hangouts video call or Discord.

Anyways, that's it for this post! Be sure to give other idea suggestions in the comments. Or alternatively, how has the coronavirus impacted you, if at all? Is your school or work also closed?

This is Arca Baran, signing off for now.