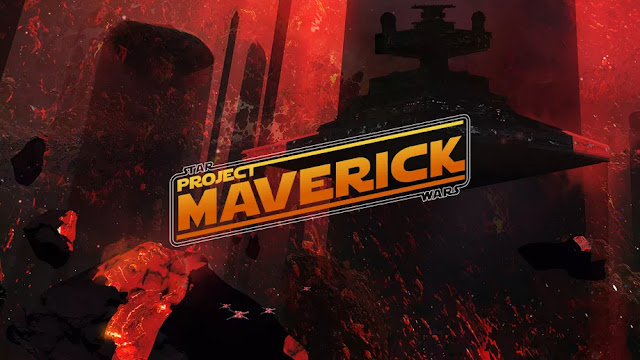 I saw this in my news feed after finally finishing my homework after school today, and I felt a great disturbance in the Force. It's hard not to mention the company name EA without a majority of gamers suddenly hearing the Imperial March in the back of their minds and thinking to themselves, "I've got a bad feeling about this", but prior to popular (and mostly true), belief, their handling of the Star Wars game liscense hasn't been that bad in the past few months. In fact, it's even taken a turn for the better with the success of the first single-player Star Wars game released in nearly a decade and set in the new canon, Star Wars Jedi: Fallen Order (which I received as a birthday gift from one of my friends but have yet to dive past the first real planet yet). Also, the online multiplayer, Star Wars-themed Battlefront II, which had possibly one of the worst and most infamously hated launches in gaming history when it launched full of real money pay-to-win lootboxes, recently ditched its bad practices and made a bunch of community-focused updates. This included finally ditching pay-to-win, and also adding a variety of amazing updates including the crazy addition of BB-8 as a playable character (which sounds like an awesome April Fool's joke turned true) and some phenomenal The Rise of Skywalker themed content. I can hope that the Clone Wars and The Mandalorian will follow suit, but if all of this has proven anything, it means that us gamers and Star Wars fans now have one thing for the future of Star Wars games: Hope.

Just a few hours ago, a brand new, unannounced Star Wars game project leaked via PSN releases on Twitter, a bot-powered account that checks the PSN network for new PS4 games, successfully datamined the title "Star Wars: Project Maverick". In addition to that, some new artwork even leaked, visible at the top of this post.

Obviously, it is way to early to really know any solid details at this point, but the artwork and settings suggests a space-themed adventure set during the original trilogy era, based on the Imperial Star Destroyer and the X-wings visible. They appear to be above some sort of fiery planet, like Mustafar (the location of Vader's castle, and also where he had all of his limbs sliced off at the end of Revenge of the Sith... it's even technically where you see Kylo Ren obtain an old relic at during the first five minutes of The Rise of Skywalker, which isn't a spoiler since it's not at all obvious and was only revealed in a canon Visual Dictionary book). "Maverick" makes it sound like it involves an ace pilot of some kind, but again, we'll likely hear more details about this (even if not any game footage yet) near or before EA's event near E3 (regardless of if they actually show up to the show this year), if it is indeed going to be released soon enough to be on both the PS4 and the PS5 (the latter of which releases this "holiday season", according to Sony). Obviously, there's no way on Earth it will be a Playstation exclusive, since EA hasn't really done something like that yet.

Again, this is all speculation, and the game could also get cancelled tomorrow (hey, it's happened with EA Star Wars games before...). But until then, this makes me somewhat excited for the future of Star Wars games continuing to be a luminous being, not this crude matter. What about you guys? Do you trust EA to make a good Star Wars game again? Have you played either of the Battlefront games or Jedi: Fallen Order, and what do you think of them? Anyways, this is Arjay signing off, and see you guys tomorrow. Be sure to also check out the big post that I made yesterday about the Nintendo Switch's 3-year launch anniversary, full of interesting insight!: http://www.arcabaran.com/2020/03/happy-3-year-switchversary-reflection.html