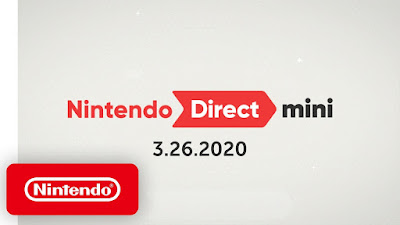 Hello, guys, this is Arca. Last night, I was running down the stairs in the dark after my mom and Onur told me to rush downstairs to see a recently gone-viral funny video of some Italian priest guy who accidentally kept on activating flashy filters while doing a Facebook Live prayer livestream that was being held due to the coronavirus. But on the way to the living room, I made a sharp turn against the white portion of the wall at the very bottom that's pointy at a very high speed. I yelled in pain and skipped on one foot to the nearest couch. Looking at my pinky toe (it's not graphic, don't worry), it was quite pinkish purple and was bent slightly, and it hurt a lot. I had to spend the rest of the day as well as the night putting my foot on ice and struggled to fall asleep. I woke up once, hoping that the night was nearly over, but I looked at a small watch put next to my bed which showed that it was still 2:41 AM. Today, I did my virtual schoolwork while in a weird position trying to keep my pinky toe on a bag of ice on a chair next to my desk (which is shaped like an upside down, rectangular U or |_| with thick sides so I couldn't put my foot elevated any other way. Luckily, I got through it and all my work was done (yet again) by the time that school ended at near half-an-hour past noon.

Then, I was informed by my excited little brother that a brand new surprise Nintendo Direct Mini had dropped today with no prior announcement (just like how I made a post last week about this date being rumored) It was 28 minutes long, and the first thing it showed was Xenoblade Chronicles. I was going to watch it eventually, but wanted to find a way to live-watch it with my friends and have audio chat, like a quarantine reaction party. So I went to my Discord and spent forty-five minutes trying to get a stream of my browser window to work, but every single time my laptop couldn't handle it and would freeze and crash. Then I tried to other "watch YouTube together with lobby links" sites, one of which had forum posts describing strangers being able to enter without a link (no thanks, even though you were somehow recommended by some tech journalism website), and the other I was going to do but almost decided against when I saw someone named "Michael" enter the lobby. They weren't one of the four Nintendo fan friends of mine that I had messaged about it, so I panicked and left. But then I realized that since I sent it in my Discord server full of friends, it was a kid named Michael who has no interest in Nintendo Directs yet just saw my link and was curious.

I decided upon the time of 3:30 PM to watch it with my friends. To pass the time until then I did nothing while putting my toe on ice (I guess that means I'll be doing the "written response" choice in virtual gym tomorrow...) and FaceTime called one or two of my friends. Recently, the boredom of the quarantine has actually been getting to me. When 3:30 PM arrived, I had the lobby for the YouTube party lobby watching open and not a single friend was available except for only one, who was Warren. We decided against using the live website, which was a mistake, but used Hangouts voice call instead as we tried to start the video playback at the same time but got some 2-second delay or something like that. We dealt with it.

The reason I'm calling not using that website a mistake is because once the 30-minute Direct Mini was over, I saw that Brandon (a friend of mine who I reached out about this but he didn't respond until 3:35 PM) had tried to use the link but was unable to hear us or watch the video. So he hung out there for fifteen minutes or so before giving up. I sort of felt bad for him though, so Brandon, if you're reading this, then I'd reccomend that maybe we can hang out during the quarantine by voice chatting during Minecraft or Splatoon 2 or Super Smash Bros. Ultimate!

Anyways, as for my thoughts on the Direct itself (which you can watch below or at this link: https://youtu.be/ubRf4zyEvG4)...


If you haven't watched it yet and actually care about the surprise and hype, then stop reading because I'm going to spoil it for you. (Spoiler alert: There wasn't that much.) But anyways, time to talk about it in-depth. Watch it first if you care, since this is your final warning. Oh, well.

So overall I found it to be a very "vanilla" presentation. It was full of a billion random third party JRPGs and RPGs that no one cared about, ports and previously-announced games and expansions treated as if its new information (Sword and Shield expansion pass that we already knew about since the start of the year, anybody?). The 2K announcement caught me off-guard, since I had never noticed before that that company did anything other than sports games. So Bioshock, Borderlands, and X-Com collections and games getting ported to Switch made me glad to see not because I'll play any of them, but because it's a sign of more good third-party AAA support for the Switch. A lack of this exact thing is one of the reasons the Wii U failed, which makes this significant since it (among many other things) shows that AAA third-party support for the Switch is still going strong.

Super Mario Odyssey, Splatoon 2, and Breath of the Wild soundtracks coming to Ring Fit Adventure as free DLC in a rhythm game? I don't have that game, but that sounds weird and a cool crossover, thank you Nintendo. Another old non-EA Star Wars game (Jedi Academy 2 or something? I forgot the title) got announced for the Switch, I hope it's only $9 like the last one they ported, and this one looks awesome with online modes and everything, so this is a surefire pick-up for me. When they did the Animal Crossing spring bunny event announcement, at first I hoped that they would go ahead and fix the one-island-per-Switch and only-one-person-gets-to-experience-the-full-game local multiplayer system after all the complaints and controversy, but nope (not so soon, of course, it seems). Nothing else of note in here for me is left, except for...

That Smash DLC reveal, though... I mean, I wasn't expecting it at all from this Direct. One of the reasons that I feel like "ehh it's fine" about this is because I went in with low expectations, and I did get one true surprise which was great news and the best part of this Direct for me (however inconsequential): It's that Sakurai is actually adding a character to the Smash DLC roster for Fighters Pass DLC 2 that people actually asked for since the start! Remember those hype glory days of ARMS characters, and Sans, and Steve, and Banjo-Kazooie (before that was confirmed), and Rayman, and Crash, and... literally all of the cool characters that, save for some Mii costumes and Banjo, never actually got a chance and were outright ignored? Well, the announcement of an ARMS character (despite being from a long-overlooked game that no one really talks about anymore, despite being a very solid game with good gameplay that is decently fun but lacked singleplayer content), who isn't even confirmed yet, they just said it was "an ARMS character coming in June" in time for the game's 3-year-anniversary by the way... it gives me hope, somehow. This wasn't #1 on my list, but I always wanted it since it seemed so obvious. A new fighting game IP on the Switch was literally made to appear in the new Smash game, right? I thought that Spring Man's assist trophy deconfirmed any greater representation from the game,  but I guess that that's not true. Hey, how about Waluigi next?

If the rest of the characters are as, well, good (like the mega-surprise Joker hype reveal for Fighters Pass 1 that came out of nowhere, which is partially why it was good), not necessarily surprsing, then I'll be beyond satisfied and actually consider picking it up. I think it's time for whoever at Nintendo picks these roster characters (since by the way, Sakurai doesn't have a say in 100% of this, according to him in interviews) to put the fans in account and actually put some "dream Smash game characters" in already. Stuff like what Videogamedunkey listed at the end of this video () which was satire about Byleth's inclusion in the DLC. But that might be too much to ask for. We'll have to see.

Anyways, we'll probably not get another Direct until June (when E3 normally would have happened had it not been cancelled), and this confirms my suspicion that 2020 would be a pretty empty year overall, save for Animal Crossing. Plus, that announcement at the start about the coronaviru unsurprisingly affecting developers and their release schedules makes me think that even if there was, say, a surprise new Paper Mario or finally Pikmin 4 planned for the end of this year, it has probably been delayed by now. But that makes sense and we shouldn't complain, since health and safety should come first over any sort of business, in my opinion.

So, what did you guys think of the Direct? Was it worth the wait? Did you have high expectations? What was your biggest surprise from it? Leave all of this in the comments section below so I can start a dialogue with all of you. Stay healthy and wash your hands, and this is Arca, signing off. Enjoy your quarantine-induced stay-home breaks!

P.S.: Be sure to read my previous post about how Fallout Shelter is the "most accurate" quarantine game!: http://www.arcabaran.com/2020/03/fallout-shelter-most-accurate-quarantine-game.html