E3 2020 Cancelled due to Coronavirus + Reggie Hired by GameStop 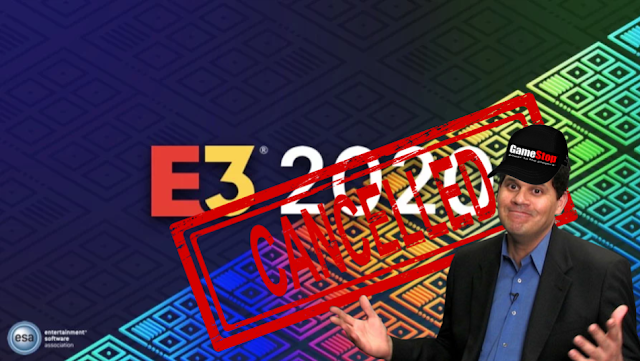 For this gaming news roundup, just when you thought the coronavirus couldn't possible effect more, and be given lectures in school or work about what your closing schedule may be (I know I was), I found out some news that would have had me do a double-take had I been drinking water. Ready for it? E3 2020 has been cancelled due to the coronavirus. Wait a minute, that was obvious. Ready for the actually surprising part? Living meme, gaming icon, and former Nintendo of America CEO Reggie "My Body is Ready" Fils-Aime has now, in the middle of his retirement and time spent giving lectures on the business benefits of memes (among other things) at Cornell, become a part of the board of directors at the slowly-falling company that is GameStop. So no, he won't try to beg you to get a PowerUp Rewards membership in a small, anime-merch-filled building near you.

First, for the less surprising (but more recent and relevant, as it was only confirmed this morning) news. 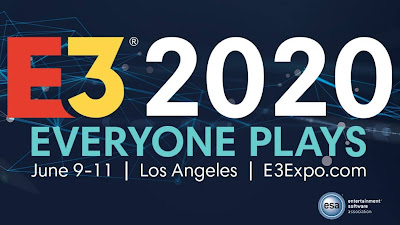 The E3 team is devastated to share this news. This decision was not reached lightly, but it is the right one for the health and safety of all involved. Read our statement here: https://t.co/1uOWxTerN9 pic.twitter.com/gD2IxNACLX
— E3 (@E3) March 11, 2020

We kind of knew this was coming. Less and less companies (even PlayStation's Sony, who quit last year) have been deciding to take place in the announcement conference each and each year due to the fact that the event that has been around since the 90s is becoming less and less necessary to be able to relay information to gamers due to the precancel of Internet livestreams or videos. Not only that, but other major gaming conventions this year like GDC, and PAX East in Boston, either being cancelled like the first, or threatened with cancellation like the second, with every moment that this now-pandemic according to the World Health Organization is a concern, the farther-reaching the worries will last. Crowded events like concerts and even the 2020 Olympic Games in Tokyo, Japan have also been under risk, with concerts often being livestreamed instead of having live audiences, and even an upcoming Democratic 2020 U.S. Presidential Debate is set to have no live audience.


E3 has always been an important moment for Team Xbox. Given this decision, this year we'll celebrate the next generation of gaming with the @Xbox community and all who love to play via an Xbox digital event. Details on timing and more in the coming weeks https://t.co/xckMKBPf9h
— Phil Spencer (@XboxP3) March 11, 2020

How will this actually effect gamers? Well, that would mean no live demos on the show floor, no getting to view the event and become awkward memes in the audience (anyone remember "You're breathtaking?" with Keanu Reeves? You may have forgot that it originally originated from last year's E3 2020 Xbox event featuring Cyberpunk 2077), and just more and more live streams in general. Microsoft's Phil Spencer already confirmed on Twitter that the Xbox event featuring the upcoming Series X console will still happen, but he suggested in the form of a digital event. This won't impact Sony at all since they already weren't attending this year anyways. As for Nintendo? Well, they haven't been doing live audience E3 events for several years, and I'd expect them to have the least impact from this since their Nintendo Directs for E3 2020 (which is still confirmed) weren't in front of live audiences, but rather pre-recorded videos. The only downside would be that there would be no chance for attendees to get hands-on demos of newly-announced and upcoming games, and also less likely of a chance for there to be those awesome Nintendo NY store fan reaction videos, at least not without a bunch of muffled excited shouts from fanboys and fangirls wearing mouth masks. Now, on to some less recent, but still significant, gaming news. 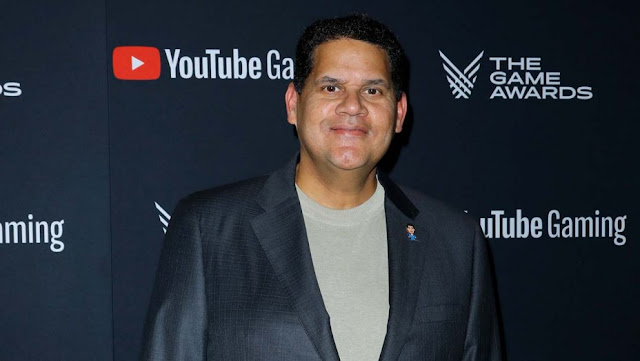 Reggie Fils Aime has had one very interesting career, and a very interesting retirement as well. Before Nintendo, he worked as a businessman for Pizza Hut and MTV, of all things. Then, he came to Nintendo during the Wii era and found himself as the CEO of the company's North American division. From the very moment he stepped onto the Wii Fit Balance Board in E3 2006 and said, "I'm about kicking [butt], I'm about taking names, and we're about making games," he had instantly stole a spot in the hearts of gamers everywhere. This wasn't just another rambling, boring, non-gamer businessman who couldn't care less about the games he was marketing, this was clearly one of us: A true gamer. (Insert Gamers rise up! here.)

He led Nintendo into a series of two golden ages, with the financial success of the Wii, the first-party games success of the Wii U, and the all-around miraculous success of the Nintendo Switch in 2017 that still continues to this date. He retired from the company last year but continued to have an impact by becoming a business lecturer at Cornell University. Meanwhile, enter GameStop, which seems to be going the way of Toys"R"Us: A retail store with rapidly declining profits and quickly growing losses, unable to turn themselves in the right direction and to compete with online giants like Amazon or better-priced alternatives like Best Buy, and likely to go out of business in the near future.

So what did the higher-ups at GameStop do? Add a couple of new experienced businesspeople to their board of directors. Get ready, because it's about to knock your socks off: People who used to work at Petco and Walmart? Yeah, that's exactly what GameStop needs to save themselves, everyone stop preparing GameStop's grave and buying tickets for their funeral from Best Buy! Just kidding, of course (even though that was a fact, but my reaction was sarcasm). The third person, however, was none other than the Regginator Fils-a-Mech himself.

The gaming industry needs a healthy and vibrant @GameStop. I look forward to being a part of @GameStopCorp Board and helping to make this happen. https://t.co/pYWFGZ9XKj
— Reggie Fils-Aime (@Reggie) March 9, 2020

Clearly, this was a good decision for GameStop, since not only does Reggie being associated with the company whatsoever mean good things for their public reputation, but he may have the chance to influence decisions to turn the company in the right direction. After all of the Midas Touch miracle work he pulled off for Nintendo, I don't see it as impossible that he could help return GameStop to a more lucrative state. I mean, would at least a more modern-looking website and a less outright scammy trade-in system be too much to ask for?

Anyways, that's it for this post! What do you guys think of all of this news? Are you bummed out by the E3 cancellation in the slightest, like I am? Speaking of gaming announcements, why do you think getting a new Nintendo Direct is taking so long this time (six months, the longest Direct drought in history)? Do you think that Reggie working at GameStop will be enough to turn the company around in the right direction? Leave all of this in the comments section and more, as I'd love to be able to start a conversation with any of you.

Anyways, this is Arca signing off for now. Just like Reggie, I need to get back to playing Animal Crossing: New Leaf on my Nintendo 3DS... or, uh, eat dinner. However, I will be able to play Animal Crossing: New Horizons on my Nintendo Switch in 9 days (or actually 12 days, because the coronavirus apparently found a way to impact Target's bad game pre-order shipping). See you in tomorrow's post!

P.S.: If you haven't already, please check out my previous post, about March 10th/Mario Day and the surprise announcement of official Super Mario LEGO sets!: http://www.arcabaran.com/2020/03/happy-mario-day-2020-lego-mario-announcement.html