XIANG'S BLOG IS BACK FROM THE DEAD 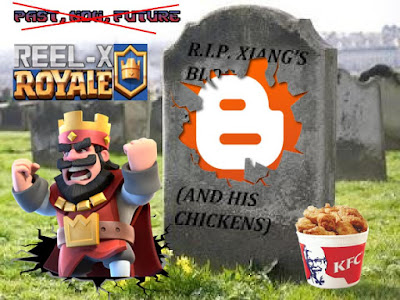 Remember how in my last post I said Xiang had quit his blog forever? Well, it technically was true-he had quit THAT specific blog. He made a post on his blog  Past Now Future saying "RIP BLOG". But then the day after that, he made another post, saying he had started a new blog instead. 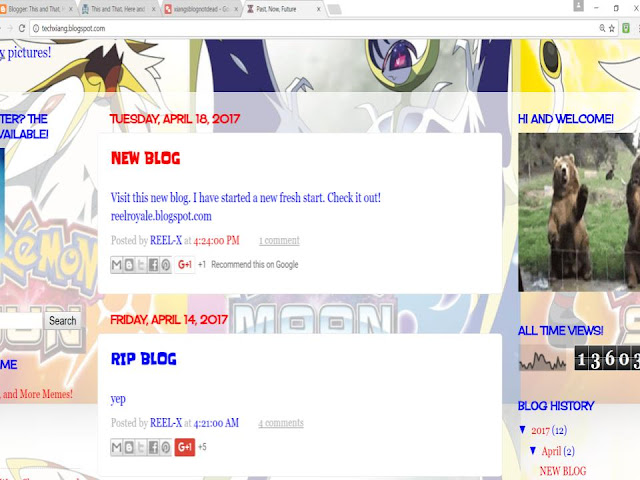 In his post (http://techxiang.blogspot.com/2017/04/new-blog.html) he gave a link to his new blog, called REEL-X Royale. By the way, he changed his Google username to REEL-X. He says it is an acronym for his friends names: Raymond, Ethan, Edwin--maybe (remember this guy? I was in the Google+ moderator election with him back in May 2016), Lance, and Xiang.

In his new blog, which has an address of reelroyale.blogspot.com, he talks about the game Clash Royale. He seems to be interested in it a lot recently, since its mostly all he talks about during lunch. Anyways, I can't wait to see what comes next for his blog! Good thing he didn't quit. Its bad enough that his chickens got stolen by government officials, him having to lose his blog (another big part of his personal life), would be even worse.

And speaking of blogs, my blog had reached over 50 thousand views! I will try to do a special post with my Silver Bloogger Award in it very soon.