REVENGE OF THE GUMMY BEARS!!! (ft. The Lions Pride) 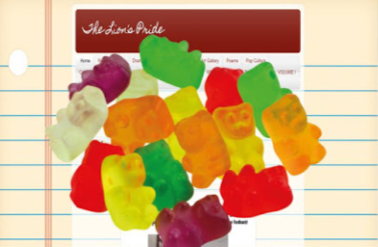 Before I begin this post, I want to give a massive thank you to all the support I got from my previous post (http://arcabaran.blogspot.com/2017/05/t-i-m-e.html).  (*cries tears of gratitude*) 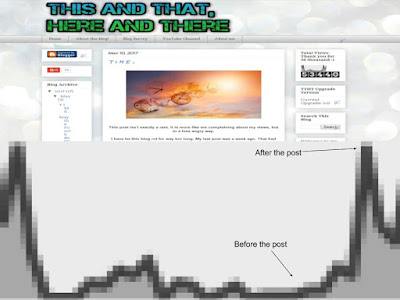 As this clearly shows, my blog traffic was very low, but directly after I made the post, it took a big spike up.

But just because my views are getting better, doesn't mean I won't have another crisis with my views. This time, I have competition-and no, it isn't Xiang. Its my school newspaper, The Lion's Pride. I am actually one of the authors for it. They have a blog, but I won't state the address in this post just yet because--well, you will find out later. Just keep reading. In the beginning of the school year, when they first made a publication, their daily views amount was insane! Once, they got 10,000 additional views in a day! That same amount usually takes me a month or two to make! Not only that, but over 700 people (the entire school knew about it) was reading it. They once came within 2 thousand views of beating my views, but a few weeks after the publication, everyone had already read it. Traffic for the newspaper slowed down again. I was able to climb 20,000 views ahead. Yesterday, I checked and they had 36 thousand views. Earlier today they had 37,000. Now they have 38,000.

Their next publication is coming very soon-in fact, as of the time that I am writing this post, it comes out tomorrow. So I will use my secret weapon--not reloading my blog page a lot. I tried that last time, but it was pretty ineffective so I stopped.

I wrote a story in their creative writing section. It was from the point-of-view of a gummy bear, However, my rough draft of the story was a bit too disgusting for my teacher, so she instead decided to end the story early. She didn't include the gross parts, just to make it school friendly and stuff. They have that article already. What is the point of simply copy and pasting it to here? I decided to do something... well, different.

I have something the magazine doesn't have. I am going to put the raw, unedited version of the gummy bear story. The gummy bears will now have their revenge on The Lions Pride. (*dramatic music*)

I think the story is pretty decent either way, but there is something you should keep in mind before reading: I made it so that the story is in a loop. The first sentence is also the last sentence. This way, there would be no question of what would happen next after the story, no sequel needed. The way I made that happen though--is a bit strange, to say the least. 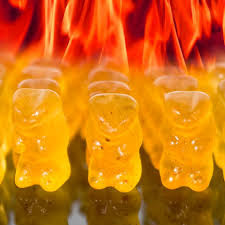 The Secret Life of a Gummy Bear
By Arca Baran

This is where Ms. DiDonato decided to end the story, so what you see above was included in The Lion's Pride. However, the REAL story doesn't end there just yet. In my full version, it continues like this:

My success was short lived. I saw a large, smelly creature walking on all fours dash towards my dropped bag. It had a humongous nose, floppy ears, and a mouth that kept on drooling onto the ground wherever it went. It also had a tail that wagged even faster when it looked at me. This unpleasant creature came right in front of my bag. It sniffed me for a while. It tried to eat me, but it couldn’t fit its large head into the bag. Good thing that it wasn’t very smart, or else I would be dead, and dead way too soon, especially after I just escaped from one mouth.
Eventually, I guess it figured out the answer to its problem. With one bite of his pointy and rotten teeth, it tore apart the bag. Then it opened up its mouth and took me inside. -
My last thoughts before being chomped in half was whoever had trained this animal to behave, they didn’t do it very well. Whatever was left of me saw a large, black hole, that never ended…
.
.
.
.
.
I was dead.
At least I thought I was. But turns out, I was alive─barely. Some parts of my gummy face remained, thankfully. All I could see was slimy stuff all around. It was disgusting! What in the world had this animal even decided to put in its mouth? I spent a long, miserable time of waiting in its stomach…  after which I finally saw light. What happened next was even worse. I won’t even bother to describe it to you.
I came out back onto the ground, along with more piles of assorted gross stuff. I sank into the soil along with it. After what seemed like a gazillitrillibillion years later, I felt the ground that I had become ingrained in being lifted up by a shovel. I saw a red-haired man holding the shovel dump me into a bucket. This bucket was brought into a room with several other buckets. I was melted and turned into a liquid. It happened to be neon red. I wondered what the man was going to make out of such disgusting ingredients. Surely enough, it couldn’t be edible. Then, he emptied the contents through a large plastic tube. That’s when everything went black…

My first ever real memory was of falling through a large plastic tube. Then I landed in a bucket full of neon-red liquid… 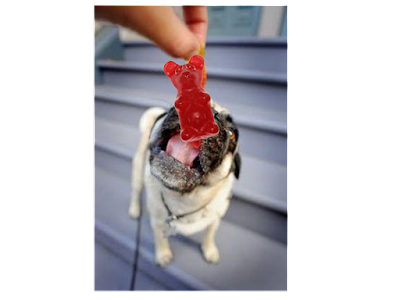 My teacher told me that the weekend after she read it, she actually did think twice before eating a bag of gummy bears. But I guess my story didn't stop her, since she said she ate it anyways.

*immense applause from the readers*
Thank you, thank you. I'll be here all week. Just give me a moment for a snack break.