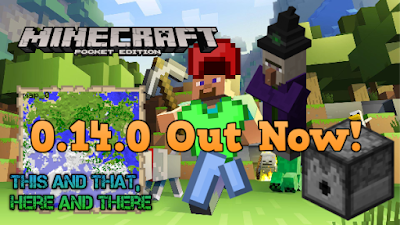 The update we have been waiting for is finally here! Minecraft Pocket Edition 0.14.0 is now ready for download on all devices.

It has features such as witches, cauldrons, durable armor, slime blocks, survival inventory in creative, maps, and more redstone, and more!
I will be making a complete list of all of the new ones.

(Note: All the screenshots go credit to me since I took them when I was playing.) 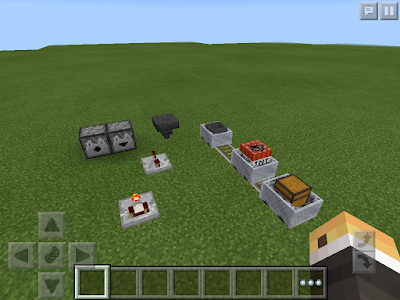 First of all, there is some more redstone such as comparators and repeaters, as well as dispensers and droppers. They also have added hoppers. There are more kinds of minecarts, such as minecarts with chests, hoppers, and TNT (if you want to get trolly) in them. 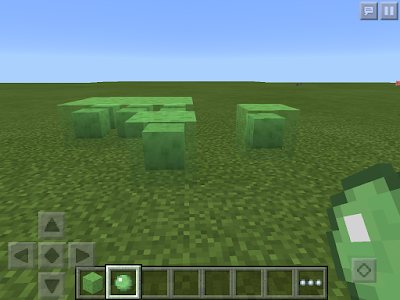 Next, there are slime blocks. These can be crafted using 9 slime balls, obtained from slime mob drops. If you jump on it from high, you receive no fall damage and also jump back up. It can be used as a trampoline in this way, but it doesn't last long. After one jump, each time you go up lower and lower until you don't bounce at all. 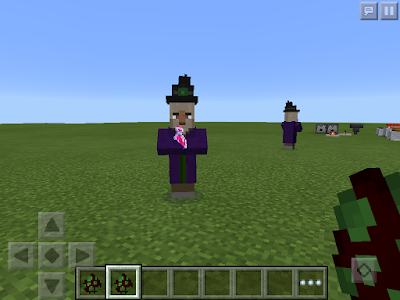 They also have witches, a new hostile mob. They look similar to villagers but don't let their funny appearance fool you. They are very dangerous, since as soon as they see you, they will throw harmful potions at you and when you harm them, they will drink a potion themselves to heal. They can be found in wooden "witches huts" which usually generate in and near swamp biomes. Hopefully, you don't run into one of these in survival! 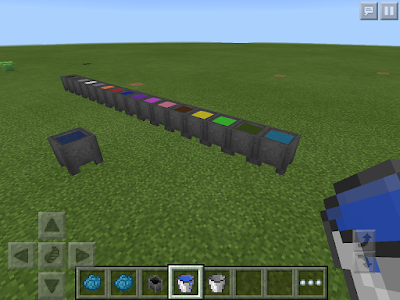 They have added cauldrons, which you can put water into. You can also dye the water, which is a Pocket Edition exclusive! By dipping leather armor into it, you can dye it to change its color. But of course, cauldrons are mainly used to help make certain potions. Just by dying them, they make great decorations anyway! 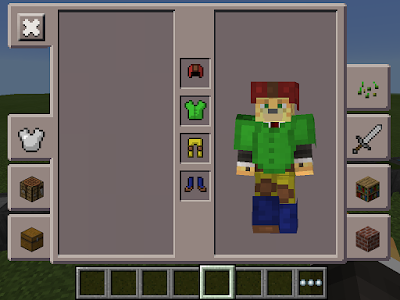 By getting leather armor and dipping it into a dyed caldron, you can dye it to match any color you want! It looks really cool, and is nice in team multiplayer minigames, but is still leather armor, and is still weak. It runs out pretty quickly when you take damage, but it looks awesome to wear it! 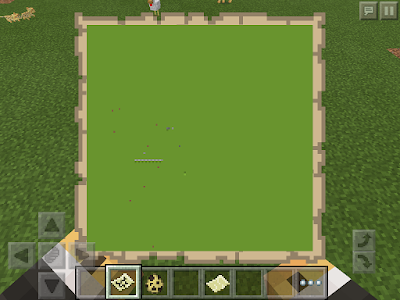 There finally is maps! You can see where you are in your world to prevent getting lost! You can take it wherever you go, and it really comes in handy. It can be crafted using 5 papers around a compass. There is a bug where it usually doesn't show your player icon, though. That can be fixed by putting your map on an item frame. Now, time to look for some treasure! 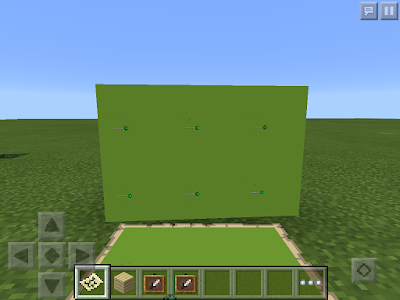 Since they now have item frames, you can put a map on one and it will make it hang up on the wall. This is nice to have in a house just in case, and it solves the issue with not being able to see your player icon on it, since once you hang it up, you can see yourself on your map, too. 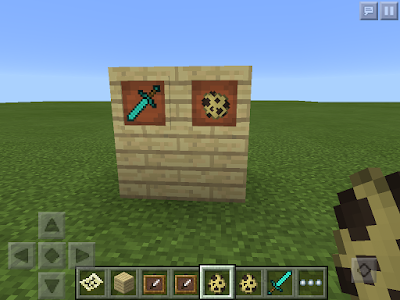 They now have item frames! When you hold an item and tap the item frame, it will display that item on it. It looks nice as a decoration, and can be placed on walls and you can even turn the item in any direction you want to. It can be used as a single-unit storage area instead of a chest. It also can be used to show off some of your most valuable items! 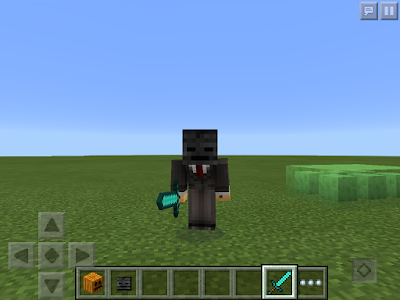 This should have been added earlier, but they have finally added the ability to wear mob heads! It can be used to troll friends, or just look cool in general. It takes up the place of armor, but it doesn't protect you. Watch out, I'm morphing into a wither skeleton!!!! 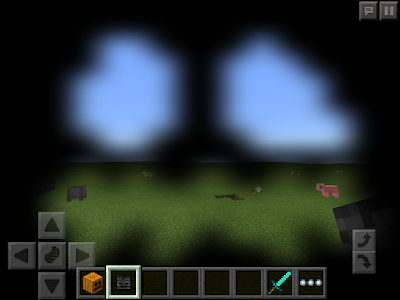 When you wear a pumpkin or jack-o-lantern, you view is modified to look like one. It looks weird but can also protect you from aldermen. This way, if you look into their eyes, nothing will happen. Take that, enderman! 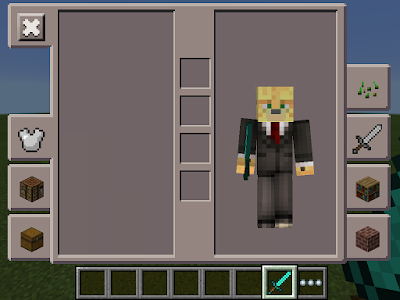 Lastly, they have a survival inventory in creative, so you don't have to put your things in a chest, mine blocks, and all of that long process when you switch modes. You can use crafting tables, anvils, furnaces, enchantment tables, open chests, and more in creative mode. Now you can easily make hunger games maps!

Overall, this update was amazing. They haven't added everything redstone yet, such as pistons and command blocks, but it is progress. I love the survival inventory in creative and getting to dye armor and use item frames. Minecraft PE is getting very close to the PC version! Only a few more features, and it will basically the same. I give this update 4.3/5 stars.

As of now when I release this post, I am at 10,000 views! I want to thank everyone for supporting my blog. I will make a full post on that in a few days, as well as a post about blog upgrade 4.0. Keep reading!

I hope you enjoyed this post. If you did, be sure to share it with others and stay tuned for more. View daily as I try to make posts every 1-2 days, and subscribe to this blog to be notified of every new post. Thanks for reading, and BBYYYEEEEE!!!