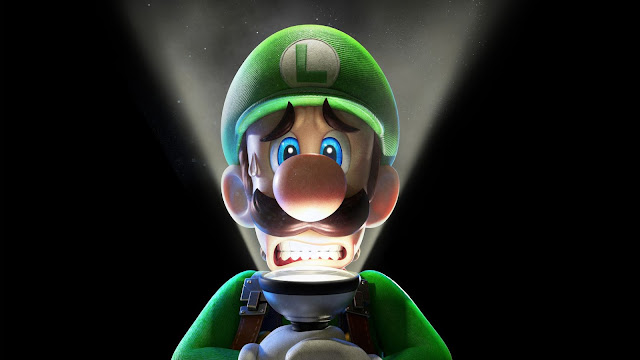 If there's something cool... in your email inbox... what did you just do? SUBSCRIBE TO TTHT!

It is officially one of the best days of the year, in my opinion. Time to make spooky scary skeleton memes, impersonate =anyone real or imaginary that you want, and watch spooky movies and play spooky games! This post will be a short summary of what interesting things are happening today, and what I am doing myself.

This isn't like the boring Haunted Hayride "vlog" we made 3 years ago. This time, while video was prohibited on the ride itself, we did the next best thing: A 20-minute-long voice memo that recorded and captured all the screams and thrills! In addition to a few short vlog moments, most of the video lets you imagine and experience the spookiness (and cheesiness) of the hayride itself, complete with subtle background chatter and dialogue amongst AABO members that really completes the hilarious feeling of being in that tractor with us... But not alone, of course. Here's the link if you can't watch it above: https://youtu.be/Qz_o967C8tQ

Spooky new game puts the underappreciated green brother at the forefront! (Sorry, not this time, Waluigi.) 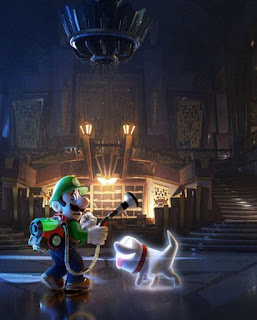 Normally, big and important new Nintendo games release on a Friday. But this time, Luigi's Mansion 3 (only the third game in this amazing series released in the span of twenty years!?) released on today, a Thursday. I am already pretty sure you can figure out why they chose Halloween, of all days, to really complete its whole spooky vibe. Normally, I dislike horror movies and games since I find them to be shallow and not actually enjoyable for anything but cheesy jump scares. But while this is definitely a Halloween-themed game, it is that way in more so of the way that Ghostbusters is than The Shining. So, no actual scares, but do expect some vacuum-using, ghost-busting action with the green plumber brother in the spotlight. So far, this game has received nearly-all great reviews saying it is very fun, creative, and funny, and definitely a worthy successor to the previous two games in the series. Also related to this game, Best Buy released a store-exclusive Joy-Con controller pack with both sides neon green. Normally, if you wanted to get this color combo in North America (since the left green used to be only sold in Japan), you'd have to pay not only for two whole pairs of Joy-Con but for the import fees associated with it. Now, you've got a new pack of Luigi-colored Joy-Con (which almost definitely still drift... so they're especially "spookier" so Luigi will keep running into ghosts when you don't even touch the joystick... I guess that counts as "ghosting", right? Okay, this parenthesis thing is getting too long, I need to move on).

The talented folks at Google always prepare a new game, animation, or video doodle logo on the day of Halloween, and this year is no different. This time, rather than a game (unfortunately... since I rather liked last years' one), they have a still pretty good interactive animation. Its purpose is to teach kids fun facts about spooky animals. It has a cute aesthetic with its art, as festive Google doodles always do. Plus, a spooky soundtrack. Even after today, once it disappears from the Google search homepage, you can still view it forever at this link: https://www.google.com/doodles/halloween-2019
My costume(s)?

Well, this year I kind of have two separate costumes. The first one, which I wore at school on the day of a costume contest (in which I was one of the judges since I'm in Student Council) was a very different one that most of you guys have no idea about. That was one of my teachers, specifically my Bio teacher. Why? Well, this was the day of not only a major assessment by him (which he himself chose to put on Halloween since it was scary... just kidding, but he did mention that), but also the day that a major assignment called "objectives" were due. Every single freshman at my school dreads and fears the objectives, and it's such a famous scary thing that even another teacher literally dressed up as "The Bio Objectives" with a giant printed question sheet of all the questions on it (it was my and another kids' idea, but the other kid helped her make it). So, to complete the theme, I dressed up as the creator of the Objectives themselves: My bio teacher. I walked around school in a labcoat, glasses, a fake mustache and beard, and a dress shirt and shoes. Once my teacher realised I was him, he enjoyed it so much that in the middle of my math class, he just walked in silently and bestowed me a lab coat (that I wasn't even wearing when I showed up to school). It was awesome and fun, and while most people wouldn't think it would be fun to pretend to be a teacher, in this case, if you went to my school, you would understand completely how awesome it is. I got people emailing me asking me for 100s (as a joke), people addressed me as "Mr." his name, and I got to pose for a photo with the man himself. He's actually the most challenging teacher we have this year, FYI. The second one, which I wore Trick or Treating later that day, was Miles Morales from Spider-Verse. I also managed to collect 143 pieces of candy (possibly an all-time record for me), around half of which I donated.

Happy Halloween, and thanks for reading this post! See you next time! This is Arca, signing out.