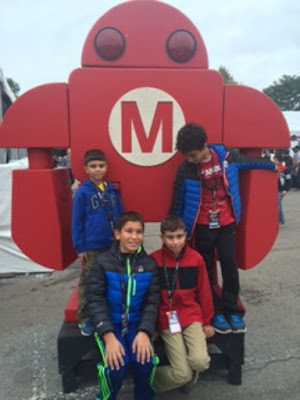 This weekend was 4 day weekend for my school. So on Sunday, we decided to do something special with our friends. In case you didn't know already, I have created a new YouTube channel with my Turkish friends Ali and Burak. We have decided to call it the AABO Show, because that is the initials of the first letters of all our names (Arca, Ali, Burak, Onur). Be sure to subscribe to it, since we usually upload every weekend! Here it is: https://www.youtube.com/channel/UCvXVSy2fDjkOiMHvwbklhFw

2 days ago, we went to the 2016 World Maker Faire in New York. The Maker Faire has existed for 7 years so far, and it is a gathering of inventors, engineers, artists, sellers, musicians, and more. They showcase awesome machines and you get to see them up close and try them out for yourself! There was also an exhibit where you can make your own Makey the Robot pin with a LED light on it. They had a 3D printer that made crazy looking pancakes, actual floating hoverboards, strange bikes, working Star Wars R2D2 and BB-8 robots, robotic cows, a robot that could play guitar, exploding soda bottles, and much more!

You can watch the AABO Show vlog we made about it below:

And if you don't want to watch a long 8-minute long video, you can watch a 1-minute version of it below that only includes the highlights:

My favorite things there would have to be the working models of  R2D2 and BB-8, as well as the pancake printer, and the exploding Coke and Mentos show. Everything there was awesome, but these were my favorites. There was also an exhibit where you got to build your own drone and race them against other peoples' drones, but there was a 5-hour line for it and we decided that it wasn't worth it. I collected a lot of free stuff and merchandise from the exhibits that they were giving out. These included stickers, keychains, pens and pencils, pins, badges, and free product samples.

They let you choose a shape that you wanted your pancake to be, and they 3D printed it for you and let you eat it for free.

The R2D2 and BB-8 models were impressive since they were built from scratch and could roll around, light-up, and make noises. The BB-8 could actually roll and was life-size, and the R2D2 as well.

At the end, there was a show where two people set up a fireworks display with Mentos candies on top of Diet Coke bottles, Once 5 mentos were dropped in, it would cause the Coca-Cola to spray a huge fountain of Coke into the air. This caused a chain reaction with the other bottles. It was a very cool show to watch. You can watch it in the long version of the videos above. It is near the end. 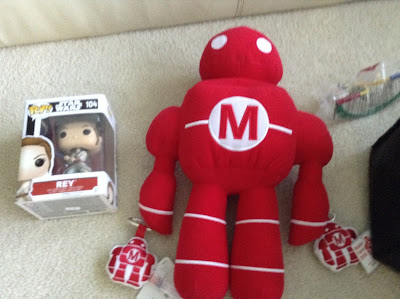 There was a Barnes and Noble Pop-Up shop where they sold plush toy version of the Maker Faire's mascot, Makey the Robot. It would normally cost 20 dollars alone, but we got it for only 10 dollars with the purchase of any other item. You also get a free plush Makey keychain for every item you buy, which would normally be 5 dollars each. We also got a Star Wars: The Force Awakens Rey POP! bobblehead. 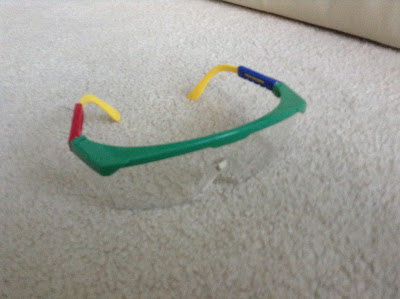 They gave out free lab goggles that were colorful and had the Google logo on the side of the frames. 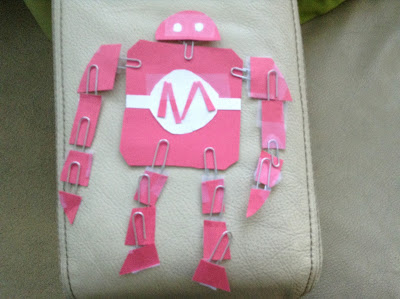 I decided to make my own version of the Makey robot by cutting our pieces of paper, attaching paperclips to them, and putting tape on one side. I put them all together, resulting in a posable Makey the Robot paper figure.

Overall, it was an awesome experience that I would definitely recommend to others. You can find Maker Faires all over the world, and they are open for two days a year. There is a Maker Faire in San Francisco as well. It is great for a family or group of friends hanging out together. I will go again next year, but for 2 days.

I hope you enjoyed this post! Share it with others and +1 it if you liked it. Be sure to view daily and help me reach 20 thousand views before Thanksgiving!

Here is my previous post, about Google's 18th birthday: http://arcabaran.blogspot.com/2016/09/happy-18th-birthday-google-w-todays.html

See you next time!! BBBBYYYYEEEE!!!!!