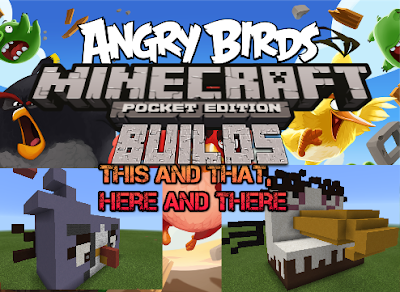 Hello, guys! This is Arca. The only two Minecraft PE Angry Birds Builds I had left were the Silver Bird and the Mighty Eagle. So without further ado, here they are! 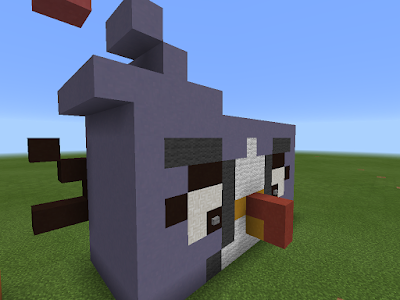 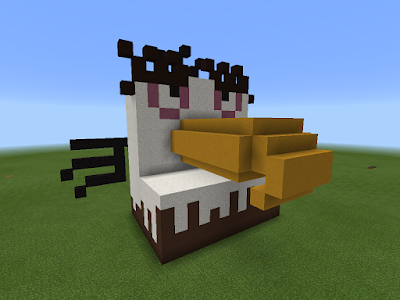 The mighty eagle is my 3rd biggest Angry Birds build I made so far. The slingshot is the biggest, and the Red Bird was too much oversized. He has brown stomach feathers with parts sticking out in many different sizes. His stomach is in front of the rest of his body. He has a big yellow curved beak. He has purple eyelids, and very bushy eyebrows. He has three black head feathers, but it isn't that visible from the screenshot I took because the eyebrows are blocking it. He also has three black tail feathers sticking out, and some of them are slightly curved.

Here is my previous post, about the Minecraft Pocket Edition 0.16.0 beta features:
http://arcabaran.blogspot.com/2016/08/minecraft-pocket-edition-0160-aka-boss.html

Thanks for reading this! See you next time! BBBYYYYYEEEE!!!