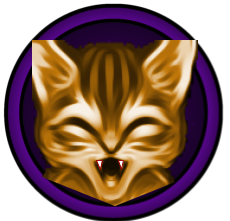 UPDATED: I wrote this in the morning, but now, in the evening, I updated it at the bottom :)

Hello, everyone! I know I haven't posted in a long, long time. A lot has happened since mid-July. For one, school has continued (in-person, kind of) through hybrid school for many people where I live. I was hybrid for a short amount of time but am now back to remote. Many, many exciting things have also happened. The article I wrote with the fantastic team at Curious Science Writers got published! It's about using wearable smartwatches to fight smoking addiction, a problem that likely affects at least someone you know in your life, like a family member or loved one: https://curioussciencewriters.org/2020/10/26/going-from-ismoke-to-no-smoking-with-wearables/.  I know I've talked about technology constantly on my blog, but this article is more in-depth than usual while still being accessible, concise, and interesting; all things which I believe would set my style of writing apart from the ordinary science article). I'm also the manager of the organization's Twitter, now, so please be sure to follow us at @cSciencewriters. Oh, and my personal Twitter is @aRJay6464. Just saying. ¯\_(ツ)_/¯

Phew, that was a lot of plugs at once. Anyways, now time to summarize my thoughts on multiple events and topics that aren't total bummers that have happened since the last time I posted in one or two sentences each! Ready? Go!

The Halloween Google Doodle is a sequel to the wizard cat game from 2016?: https://www.google.com/doodles/halloween-2020 It's awesome, I beat it and got a score of 88165, and I challenge someone to beat it and tell me in the comments below or on Twitter about it ;).

Minecraft now is going to get better caves and cliffs, lots of new features, and adorable axolotls? Awesome (and so is seeing Masahiro Sakurai at a Minecon replacement event)!

My blog literally reached 200K views and I didn't even notice until weeks after. Cool.

Platypuses can apparently glow in the dark now? Epic.

A bunch of classic Mario games have been ported to the Switch now? Cool, but can we just get widescreen support for 64, please, it's 2020.

Apple announced new iPhones that still don't have fingerprint sensors in them in a year where people are forced to wear masks that render FaceID useless? Alright, faster processor tech is cool, but that part could've been better.

Nvidia made super-duper pricey but fast new graphics cards that everybody's going crazy for for some reason? Nah, console gaming for the win (LOL).

The Mandalorian Season 2's first episode happened yesterday and it was great.

One less reason for people to rush to have a PS5 when games like Miles Morales are still gonna get a PS4 version, and with the same awesome (masterpiece of animation) suit seen in the video above? Awesome!

Splatoon 2 has another, another "one more" Splatfest this entire weekend, a rerun of Trick versus Treat? Yay, I'm team Trick this time, unlike last time. :)

Fall Guys was a free PS Plus game that took the world by storm; I played it, and it is really fun (Season 2 is nice)! Also, yeah, about Among Us... it's kinda "sus", not gonna lie.

Oculus Quest 2 brings virtual reality to the masses at the cost of mandatory Facebook sign-ins. Hmmm...

The entire internet freaks out over a fake news story about parallel universes. Funny. :)

The Apple Watch gets a "cheaper" variant that still is multiple times the price of a Fitbit but with an electrocardiogram (ECG) sensor... actually, only learned about that recently, but that's sort of interesting.

Anyways, wow, that's a lot of things. So, on the topic of Halloween: Other than the aforementioned Google Doodle, my plans for this year's Halloween in light of the pandemic are pretty light. I don't have a new costume this year (I would've been Waluigi and my little brother could've been Wario; or alternatively, get a rubber face mask of Vladimir Putin, wear a suit with pillows stuffed under, walk as wide as possible, and hide two bluetooth speakers blasting this song as I walked across the street to dress as a no-longer-relevant meme... actually, that would be quite fun).

Instead of trick or treating in real life, I know that I can trick or treat in Animal Crossing: New Horizons instead, in the trick-or-treating event that will happen after 5 PM today. I also plan to continue leading my side in the Splatfest, team Trick, to victory. I might play some games of Among Us with my friends on my Discord server, and if I have no one to play with, I might resort to playing spooky Luigi's Mansion 3 couch co-op with my little brother.

If you or anyone you know is going trick-or-treating however, here's my obligatory "stay safe" statement: Please wear a mask at all times, and wear it correctly (that's right, over your nose, since otherwise it's literally useless). Also, if you're giving candy to trick-or-treaters, also wear a mask. Part of the reason I'm not super willing to go trick-or-treating this year is because I can't be sure if the person who comes out of the door I ring the doorbell of will be wearing a mask or not.  So please, for the love of Halloween, I hope that all of America isn't selfish and entitled for just this one day. Do it for the kids (and everyone else), please. Thanks!

I might get bribed by my mom to go trick or treating regardless for a short amount of time. If so, I am likely going to reuse my Chewbacca costume from 2 years ago (or quickly make a homemade Wario or Putin one). As for the candy, if I don't go, I'll probably pick up a few Kit-Kats and Twix from our candy bowl once all the trick-or-treaters have stopped arriving (they're the best candy in my opinion, but Snickers and M&Ms are also cool).

That's it for this post. What do you think about any of the stuff I just talked about? What's your favorite Halloween candy? Which side would you be on for Splatoween? You can talk about it. respectfully, in the comments below or of course, let me know on Twitter (hint hint nudge nudge). Thanks for reading, and have a very spooky (but not too spooky) Halloween!

>UPDATED (near 5:45 PM): I did, in fact, end up going trick or treating and reused my Chewbacca costume. It was mostly fun, and not as empty as I anticipated, although still not crowded. 95% of the people giving us candy (if they didn't leave it outside or put it through a tube) also were wearing masks, which I'm grateful for. For the one exception, Onur and I kept our distance, anyways.