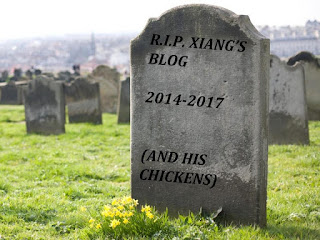 President of Nintendo Apologizes for Defective Drifting Joy-Cons- But is that enough?

Post published by Arca Baran July 02, 2020
The president of Nintendo, Shuntaro Furukawa, apologized for the Joy-Con drift issue in a recent meeting with investors. This is what he had to say during a Q&A session, translated from Japanese by Kotaku (https://kotaku.com/nintendo-president-apologizes-for-joy-con-trouble-1844216184) from this source: https://www.nintendo.co.jp/ir/pdf/2020/qa2006.pdf
"Regarding the Joy-Con, we apologize for any trouble caused to our customers... We are continuing to aim to improve our products, but as the Joy-Con is the subject of a class-action lawsuit in the United States and this is still a pending issue, we would like to refrain from responding about any specific actions."
So basically, this starts out with basically what Nintendo would reply with when asked for comment about the issue by various publications last July when a major sudden public outrage occurred over the topic, which has been prevalent since near the launch of the Switch back in March of 2017. The fact it took this l…
Post a Comment
Read more >>

Post published by Arca Baran October 06, 2019
This is the forbidden second chapter of the tale of the life of a very strange purple gentleman. A chapter that took over a year to come into fruition, despite how popular the first chapter was (if you haven't read it yet, you can see it here: http://www.arcabaran.com/2018/07/waluigi-tales-chapter-1-dark-beginnings.html). When I started this tale, my intention was to dig deeper into the backstory of an enigmatic underdog of the Mushroom Kingdom, one who doesn't get respect from anybody, even by the company who created his character. So I did what any person in my situation would do: Send Waluigi Mario an email. The adoptive member of the plumbing/kart-racing/super-smash-fighting Italian superhuman family isn't very keen to respond to such public things like this, of course, due to his shame at still not having a proper game of his own. So after he sent me a very revealing email message (which I copy and pasted into the first chapter of this story), and he found out how ma…
6 comments
Read more >>