Gravity Falls Journal 3 and Curse of The Time Pirates Treasure Books Now Available! + MY MOST POPULAR YOUTUBE VIDEO WITH OVER 1 THOUSAND VIEWS 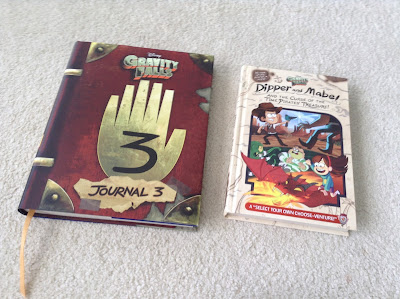 Hello guys, this is Arca! Today, two new Gravity Falls books have been released!!! I technically got the 5 days early by reserving them at Barnes and Noble. This will not be a review of them (I will do that next month), but it will be a description of what they look like. No inside pages will be shown since I don't want to spoil it for you guys yet. 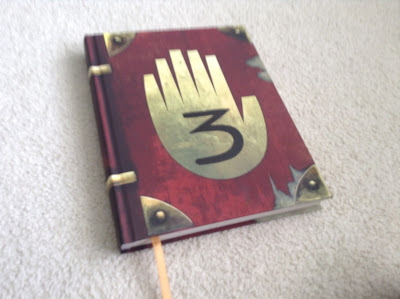 I felt more excited to get my hands on Journal 3. Above, you can see what it looks like without the jacket cover. It looks basically the same as from the show. It has an attached string that can be used as a bookmark. The parts where the red parts look like it is peeled off has a different texture than the rest of the cover. The 6-fingered hand, the golden rings, and side holders all shine when you put them to light. The book was a lot bigger than I expected, with its dimensions being 7.9 x 9.9 inches. So sadly I will not be able to bring this to Turkey :'( 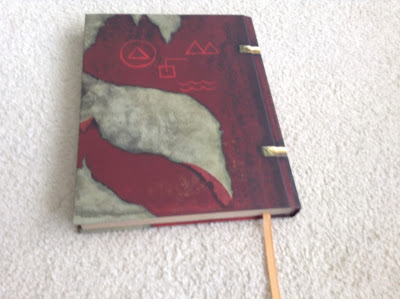 The back also looks the same as from the show, except more realistic. 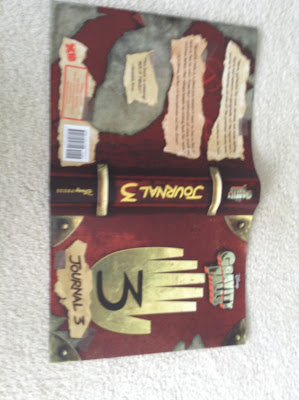 The book jacket has the Gravity Falls logo on it and says "Journal 3 on the front and side". On the back, there is some praise for the book. One of the reviews is made by Grunkle Stan. He says, "This book is amazing! BUY IT TWICE!!" 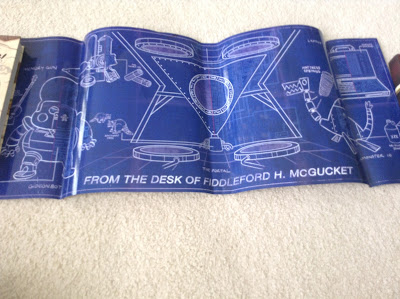 The book jacket can also be used as a poster when taken off. It has blueprints for many of the inventions made by the Author's assistant, Fiffleford McGucket. These include the memory gun, Gideonbot, the Inter-Dimensional Portal, the Gobblewonker, and his laptop. It also includes his "prize banjo collection" and a raccoon den. That is classic Old Man McGucket. 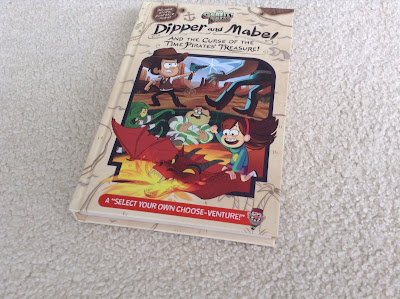 Dipper and Mabel and the Curse of the Time Pirate's treasure is a lot smaller. You can see the cover above. 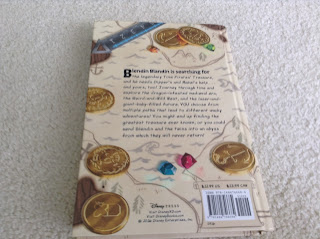 You can see the back of the book above. It includes two posters. 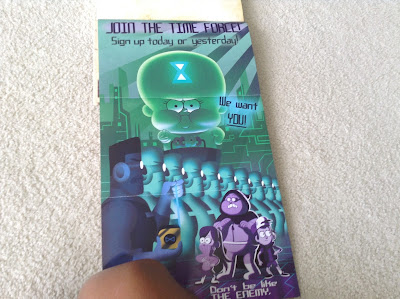 One of the posters is propaganda urging you to join Time Baby's army of the Time Force and says that Dipper, Mabel, and Blendin are the enemy. 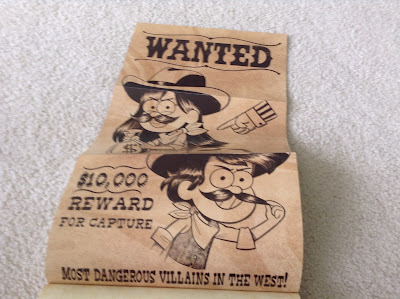 The other poster is a wanted poster for Dipper and Mabel (giving both of them moustaches). It calls them the "most dangerous villains in the West", and states that there will be a $10,000 reward for whoever captures them.

I would also like to show you a YouTube video I made about what the books look like. I did this made this video the day after I got the books early. It got over 300 views in a day! It currently has more than 1,200 views, a record for the most views of any YouTube video I have made so far! Here it is:

Here is the post about what the books are about:
http://arcabaran.blogspot.com/2016/07/two-new-gravity-falls-books-coming-near.html

I hope you enjoyed this post. Just a quick note, I am leaving for Turkey on Friday. Can you help me reach 15,000 views before September? Stay tuned for upcoming posts. BBBYYYYYEEEEEEEEEE!!!!