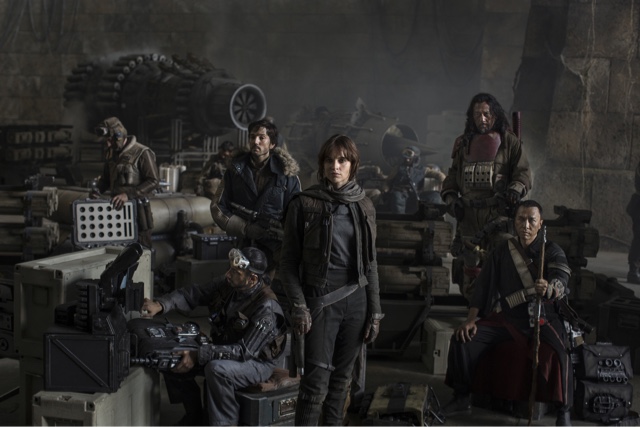 Hello, this is Arca with some exciting Star Wars news! It has been more than 4 months since the first trailer for the upcoming Star Wars anthology film, Rogue One, was first released. We have all been waiting a long time for this to happen: the second trailer will be revealed! You can watch it tomorrow, which is Thursday, August 11th during Rio Olympics coverage. They have not stated which time. Since I will not be able to watch it on TV that day (I will be on a road tripto Gürün, my next stop in Turkey), I can watch it on the official Star Wars YouTube channel. They usually upload trailers minutes or even seconds after they start airing live on TV. I will probably do an analysis of this trailer later this month, when I am back from Turkey.
Here is a tease clip from the trailer: http://youtu.be/2BDyeARyIkw
Apparently, now Hollywood makes trailers for trailers!
I can't wait to see the trailer! I most likely wont be able to see it the day it is released, since sadly where I am going next there will be no internet at my grandma's house :(
But I am excited for it anyways!
________________________________________________________________________________________
Expect a post later today on what I did in Ankara during my Turkey trip.
I hope you enjoyed this post! Be sure to share it on any social media if you enjoyed this with the hashtags #ttht and #tthtblog. View daily to help me reach 12 thousand views before Thanksgiving!
Here is my previous post, about the upcoming Darth Vader virtual reality movie/game and whether or not I think it is a good idea: http://goo.gl/75enf6
See you next time! BBBYYYYEE!!!!!!