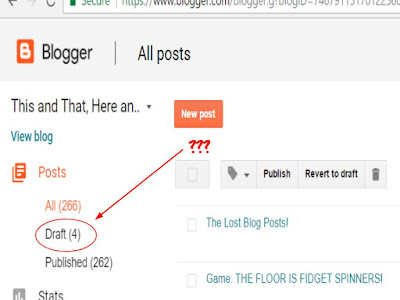 Before I begin this post, I want to point out that I didn't get a chance to make a post today. This is due to the fact that yesterday was my last day of Turkish school EVER (even more "good riddance" than normal school) and I didn't have time because after that, we visited a family member's house in Long Island, New York, to have a feast for Eid (a Muslim holiday celebrating the end of Ramadan). There was an insane amount of traffic both going there and getting back, and by the time we got back home it was past midnight.

It was an interesting few days after school ended. That Friday, I was going to go to a Third Eye Blind concert with some of my friends. Before that, I had a doctor's appointment. I waited at the doctor's office for over an hour. They kept on saying the doctor would be there in ten minutes, but an hour passed and it didn't happen. We just marched out of there, in a hurry, and that was the end of that. We went to the concert, and had some fun, and left feeling exhausted. The next day was what I described earlier, with Turkish School and all of that. Today was actually very fun (same with the end of yesterday) since we ate breakfast from my friends from The AABO Show at Turning Point, and those waffles sure had me stuffed. Then, we went to their house and played Nintendo Switch together, since they got it as a present for Eid. I returned home about an hour before I started writing this post.

This is why I didn't have time to make a post. This also happens during the school year, even though it is way more frequently. As I said in another post, the real issue is time.

But time doesn't always stop me from starting posts. Sometimes, it stops be from finishing them.

Over time, I have started working on quite a few posts, but never got the chance to quite finish them yet. If I didn't feel like finishing them anymore, I would just delete them and move on. As of now, I have four post drafts (as shown in the image at the top of the post). (One of those posts happens to be this post, since at the time I took that screenshot this was technically a draft and unfinished, but that will change by the time you guys are reading it.)

Blogger has a built-in feature that lets you see previews of posts before you actually publish them. Some of my unfinished posts are over two years old. To make sure that all my work would not go waste, I preserved some unfinished posts, and clicked on preview. I copied these preview links and put them onto this post for your own perusal.

This one is the one that I think that I am the most likely to finish some day. It is also the most recent, since I started it about two weeks ago. It is the best of all the lost posts I will show you. The rest are really worse, especially the last one I show you!
Chance of completing: 86%

This one isn't that bad. I did this just about one year ago, in May 2016 (which is one month older than one year ago).  It isn't the oldest unfinished post that I will include a preview of. The main problem is that I rated the movie 4.9 out of 5 stars, which I think is a little too much. I remember enjoying the movie, and it was decently funny, but making it a 98%? That's too much. If I were to change it, I would probably make it 4.5 out of 5 stars, which I think is fair.
Chance of completing: 42%

Code.org Game: A Cat's Life
https://arcabaran.blogspot.com/b/post-preview?token=8iCe4lwBAAA.AuitgBhuCc-yZ5u6i1D8pXZihWlu3HgYF0oDJVSAsZhTFnzcGIwVKmm0BYPidnwSoxloCHa9x1WWRGp5T0uROw.kuXb_ZrzFP3erz9HNOtThQ&postId=7467030717587333857&type=POST
Prepare to cringe when you see this... This one is the worst draft post that I will include, and also the oldest one. I made it in February of 2016, which was one year and four months ago. I only got as far to make a thumbnail image for the post, code the game, and put a link it. I never continued it, and never wanted to ever. This has a zero percent chance of ever being completed, so don't look forward to seeing it. Not like you'd ever want to. You already saw whatever would have been in that post! The only thing I would add besides a link to the game would be a two sentence long explanation of how the controls work. Just use the arrow keys. This was before I found out what Scratch was, and had to use Code.org's horrible system of very limiting sprite-less coding. The dog shoots fireballs, which is a perfectly normal canine behavior. The bird is eaten without a single bite from the cat, since all cats in real life have superpowers and can make a bird disappear without eating it. Judging by my description of the horrible game, I hope that you don't want to play it. But if you really like to cringe for some apparent reason, go ahead and play the game here: https://studio.code.org/c/177925822
Chance of completing: About 0% (to be specific, -0.000002341%)

That is it for this post, and be sure to subscribe for more posts! View daily since during the summer, I post every day. And if I don't have the chance to, then the post becomes a Lost Post! I will make sure that, that won't happen again (unless the post is absolutely terrible).

See you next time! BBBYYYYYYEEEE!!!!