Will a "Star Wars: The Last Jedi" Teaser Trailer Be Shown at the 2017 Super Bowl? Sadly enough... no.

Back when the title for Star Wars: The Force Awakens was announced, two weeks after that the first trailer was shown. This was the same thing for Rogue One. Two weeks have passed since the announcement of the title for episode 8, The Last Jedi. Some say that the trailer for this movie will obviously be shown during this years Super Bowl. For those of you who don't live in America (Turkey, I mean you) or if you just don't know what football is, I will explain it to you it in a sentence: Big muscular guys with helmets running on top of fake grass carrying a brown egg-shaped ball while running into other players and later yelling out "touchdown". Understand? Okay, glad that's out of the way.
As I was saying before the explanation of what football is, some think that the trailer for Star Wars: The Last Jedi will be shown during the commercial breaks for the Super Bowl. However, this will NOT be the case.

It will most likely instead be released and first be shown in a convention such as the 2017 Comic-Con or even more likely, Orlando's Star Wars Celebration. The trailer for The Force Awakens and Rogue One were both shown at these places. Why in the world would Disney just suddenly switch their marketing launch to the Super Bowl? 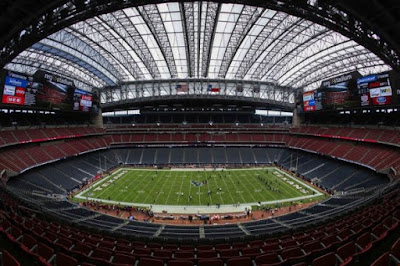 Another good point to make is that only Americans (that are interested) watch the Super Bowl. I do every year as well. But this is a very limited audience. Star Wars is something that is loved and recognized all around the world, not just here. It wouldn't be the smartest strategy business-wise to launch it in only something that only one country sees. This is sort of like showing a commercial for GEICO Insurance in New Zealand. Of course there may be some people interested in saving 50% or more on car insurance in New Zealand, but it would be wiser for the company to do it worldwide. Comic-Con and other fandom conventions are visited by people all around the world who travel to the U.S. or the U.K. just to go to them. That is what has proved effective for Lucasfilm teaser trailer releases in the past 2-3 years. 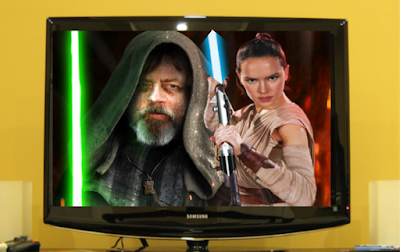 So what happens until then, in April's annual Star War's celebration, when we will most likely see it? We will have to wait. I edited the above image (as well as the one at the top of this post) to give us all an idea of what a trailer may look like. It took me a while to make them, so I hope you think they are decent! I know that I kind of messed up Rey's lighsaber, though. The edge was originally in a diagonal PNG image, and when I tilted it, it turned out strange.

Anyways, below is a really good fan-made trailer (not made by me, another YouTuber) for The Last Jedi:

I hope you enjoyed this post. Since I have recently surpassed 30 thousand views, I will make a special post about it this upcoming weekend. It will be a Q&A. Feel free to ask me anything about me or my blog in this Google Form: https://docs.google.com/forms/d/e/1FAIpQLSflZsp5-FBPbrX1VK-gFhZQ5E4Z6Ba1yY8b_9ji1a7ufN422w/viewform?c=0&w=1