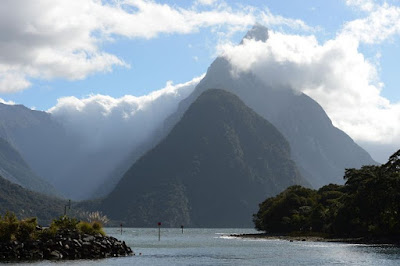 How many continents are there? Yes, I'm sure you learned in kindergarten that there are seven continents. But earlier today, scientists published a study in the Geological Society of America's Journal that argued that Zealandia, a landmass next to New Zealand that is mostly hidden below sea-level, should be considered to be a continent.

I know that maybe you don't consider a blog by a twelve-year old kid to be accurate or reliable, but I'm serious. Don't believe me? The GSA, a group of scientists, made this article about it: http://www.geosociety.org/gsatoday/archive/27/3/abstract/GSATG321A.1.htm 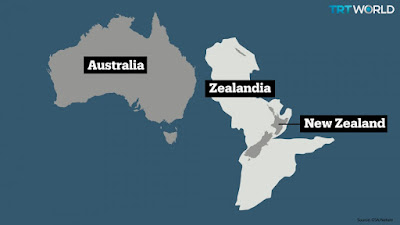 It has been known that this could be a possibility for quite a while, actually. Geologists noticed that off the south coast of New Zealand, there was a very  diverse kind of rock, similar to a landmass itself. I could be distinguished from simply the ocean floor. 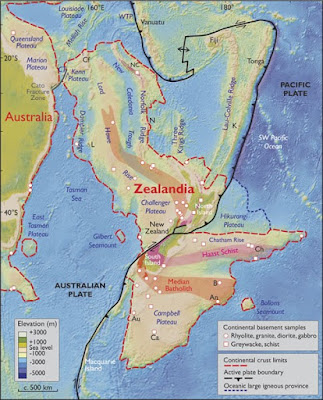 I wont get into all the fancy science reasons for it myself. But basically, I will name a few factors that I found out after doing some research. First of all, it has high elevations compared to areas with ocean crust. It also has thicker crust and lower density than surrounding ocean rocks. And finally, it has well defined borders and has an area of 4.9 million square miles, making it large enough to be considered a continent itself along with New Zealand.

However, don't get your hopes too high on a new country starting and you getting to visit it. about 95 percent of it is submerged under water. That leaves only 5 percent of it above water that you could physically stand on. 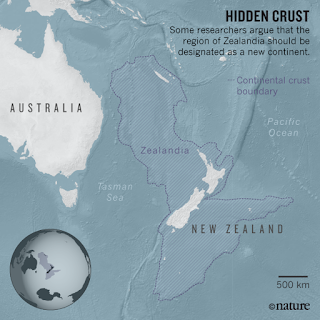 Scientists also say that it formed between 85 and 130 million years ago, making it the youngest continent that there is. So there you have it. A new continent had been under our noses our whole time. I wonder how they will remake maps and globes now?

That is all for this post. Share it with others if you liked it. Help me reach 50 thousand views!

My previous post, a review of the LEGO Batman Movie: http://arcabaran.blogspot.com/2017/02/lego-batman-movie-review-featuring.html

See you next time! BBBBYYYYYYYEEEE!!!