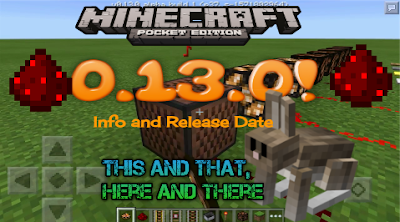 If you are one of the many wanting redstone in Minecraft Pocket Edition, today is your lucky day.
0.12.0 was a HUGE update, and the developers are back with another amazing one.

(Note: All screenshots below are from the awesome YouTuber JackFrostMiner. You can see his channel here.)

So what is in 0.13.0?
Well, first off, there is redstone! They haven't been able to implement everything redstone related just yet. For example, repeaters, pistons, and dispensers are not included yet. But we will likely see them in the next update. But at least there is some redstone! Note blocks were included, which I did totally not expect to happen.  Also daylight sensors. But I guess MCPE is just full of surprises... 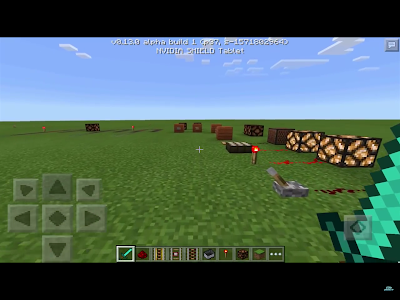 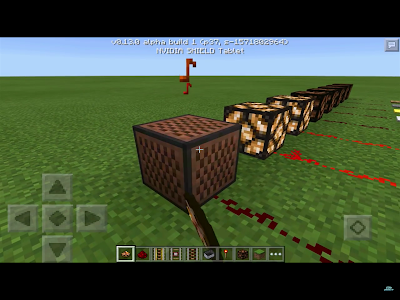 They also have different types of doors, useful if you like building things. They make good decorations, and are available in every type of wood. 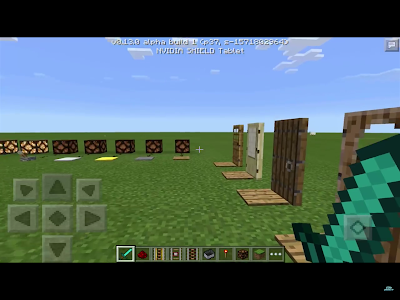 And one of my favorite features, the rabbit! They are small, jump around, and run really fast. They have now been implemented into 0.13.0. 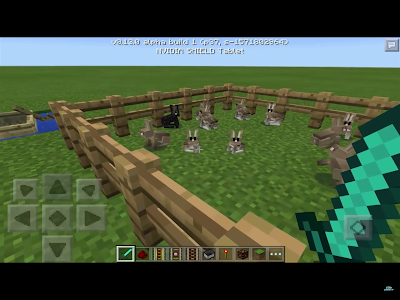 They have also implemented Desert Temples. You can find them in deserts (the name says it all) and they have very valuable loot in them, such as gold, iron, and even diamond! But of course, you have to avoid the pressure plate booby trap in it...

(Credit to the following image below goes to for-minecraft.com.) 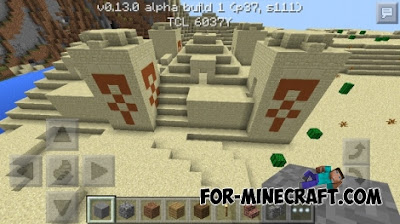 They also have ravines, which are huge, dangerous river-shaped holes in the ground, full of valuable ores, but also extremely dangerous.

(I do not know who the image belong belongs to. Sorry!) 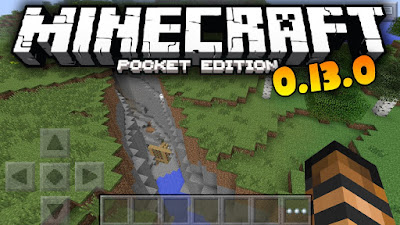 They have also added a new skin pack called "PVP Warriors", or at least that is what it says in the changelog. The game itself calls it "Biome Settlers". I'm not sure why, but it is only a beta.
It includes skins for each biome, which is pretty cool. I liked the halloween skin pack from 0.12.3 so I will be sure to check out this one!

(The image below is JackFrostMiner's.) 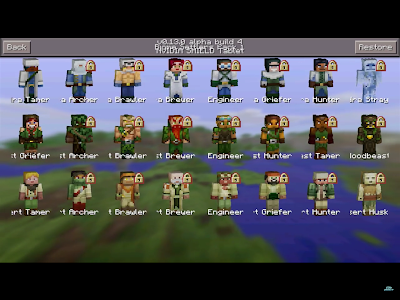 What is the release date? Developer Tommaso Checci tweeted that this should be the final build. Good news for us iOS users!

So if this is the final build, they should release it to the iOS App Store nest week. And then a week after that, it will probably get released. So we will be getting the update sometime near Thanksgiving.
If not, next week is the best-case-scenario. But don't get your hopes too high. But we will definitely see it out sometime this month! 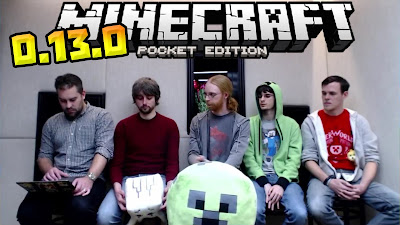