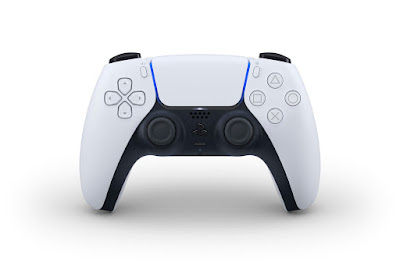 Image Credit: Sony from the official PlayStation Blog US

You are not looking at a concept art design. You are not looking at fanart. That is literally a Sony-made render of the final design for the controller that will ship with their new console, the PlayStation 5, when it hits store shelves this winter (but still could be delayed, and so could Microsoft's Xbox Series X). This is probably the most surprising and out-of-left-field controller reveal that I've ever gotten to experience, ever. The only things similar were when I found out about the Nintendo Switch reveal a few days late and it didn't look that different from a Wii U gamepad, or when I saw the Xbox Series X controller and console get revealed live during a YouTube livestream of the Game Awards 2019 (which was on the day of my 15th birthday), and while the console itself was very tall and PC-like, the controller wasn't particularly radically different in terms of aesthetics. But oh boy, we've got to talk about this PS5 DualShock replacement, including what we know for sure so far about confirmed specs and features, as well as my personal take on that design tho...

First off, it's no longer called the DualShock. They went ahead and swapped the name to the DualSense, to fit with their overall theme of focusing on changing the ways that games can be experienced or felt with this console rather than graphical horsepower (which Microsoft has seemingly beat them at during launch this time around). 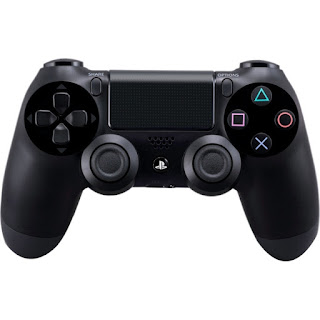 Above: The DualShock 4 controller from 2013. This design first came out with the PlayStation 4.

Here's a run-down of confirmed features and changes from the DualShock 4 (pictured above for comparison if the thing didn't immediately catch your eye) to the DualShock 5: 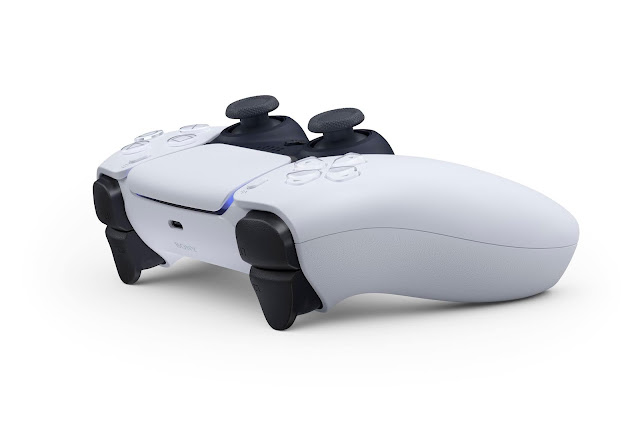 Ok, as far as legitimate confirmed controller features go, that's all we know so far from PlayStation's blog post announcement. But now, to address the elephant in the room: That design!

So, some more subtle things first. They've renamed the "share" button the the "create" button, and they say that they'll explain more about the differences closer to launch. Also, the famous glowing light bar (actually essential for PSVR games, by the way, and it could always be turned off from the UI if you didn't like it) has been moved to the edges of the touch bar. So I'd be able to see which lightsaber color I've swapped to in Jedi: Fallen Order if I don't want to look at the screen for some reason, easier (scratch that, that's not a practical use, but at least it does look cool, even if that green lightsaber shows up as a yellowish light for some reason). My main question that I haven't seen pointed out yet with this is if the PS5 was confirmed by Sony to be backwards-compatible with current-gen PSVR hardware, then how would these games function without a light bar on the DualShock for the games that didn't require the now-quite-outdated PS Move controllers? I am assuming (and this might have been confirmed somewhere already like how Microsoft already did for the Series X) that DualShock 4 controllers will still work on the PS5.

As for the 2-tone color scheme. When I first got a glimpse of this in my news feed, I was like, "HOLY COW, no way!" It's like nothing we've really seen before, to be honest. I immediately thought of the color of a Wii remote or original Wii U gamepad but not glossy, and I've seen people online mention that it looks like if the Xbox One controller and the DualShock 4 were to have a child, this would be it. The white looked super-sleek from the start, but I still found the black thumbsticks and bottom part to be quite jarring to me. I know it'll grow on me with time, but I have to say at least kudos to the designers for trying to make their thing look as "futuristic" or "different" and unique as possible, and I think they've done it. In a world where the PS5 and Xbox Series X will have little to tell themselves apart graphically, they've really made an effort to let the public be able to easily differentiate their product, which is a good thing. I keep thinking it would look so much better if it were all-white, and I like the translucent buttons (a lot), even if I'd prefer the iconic colorful button symbols. I think that this will be super-ergonomic (hopefully), to maybe close the gap between every other controller and the Xbox controller in terms of comfort (hey, at least the Switch Pro Controller came close, even if those pointy face buttons leave marks on my thumbs depending on how I grip it in certain games). But I think they could truly have fun with the special edition colors and designs.

For instance, if this special edition Spider-Man fan mockup shown below were real, I'd really badly want it, since it looks incredible: 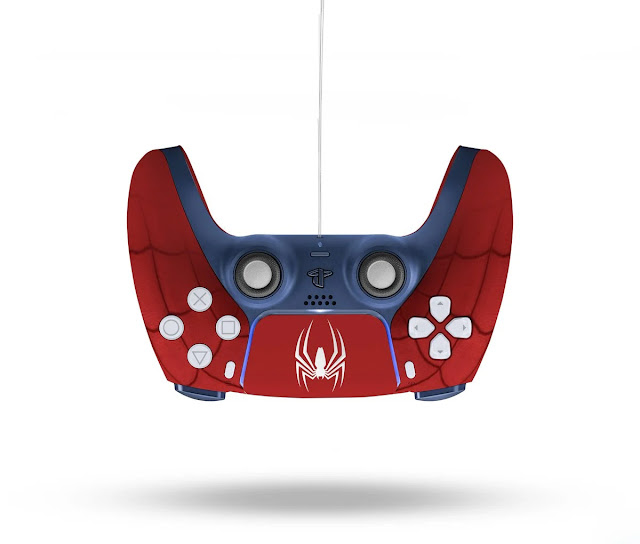 Above: Fan mockup (not an official design yet, unfortunately) by Boss Logic, image found from Push Square

Another fan mock-up shows that maybe the white part is a swappable plate, which I actually think would be a cool and practical idea. Nintendo actually tried this with the super-rare-in-North-America but plentiful elsewhere "New" Nintendo 3DS (non-XL, just the regular size) with swappable face plates to let anyone make their system have special edition designs without having to shell out for an entire new system or even new controllers. Sort of like the concept of swappable Joy-Con colors but very much cheaper since you're only buying plastic pieces, not an entire controller with all of it's electronic components. You can see that below:

(...And I can't find the image after a little searching, since I forgot which website I found it from. nevertheless, you get the idea.)

Update 4/9/2020 5:34 PM- I updated this post right  now to point out something I forgot to mention but had already realized. The black and white color scheme not only looks like something designed by Silver Sable from the game Spider-Man for the PS4, but likely will be similar to the design of the actual console itself, which we've seen nothing of thus far. Also, I'm commenting on the fact that the design already looks a bit better already. By marketing this thing enough, I think enough gamers will grow to get used to the appearance, since no company would want blatantly false "ugly controller" word-of-mouth being thrown around prior to a new console's launch, with or without a likely delay.

So, what do you guys think about how this thing looks? Leave it in the comments below. Aesthetics are purely subjective, remember that. What looks ugly to you could be a masterpiece to someone else, and what looks pretty good-ish to me after getting used to it may be instantly awesome to someone else. Anyways, stay healthy and safe, and this is Arca, signing off. As Luke Skywalker once said,"See you around, kid"(s) (and human beings in general).