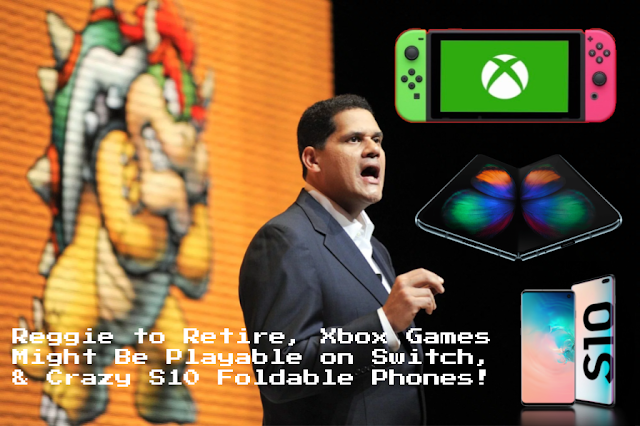 This is Arca, and this will be a news roundup post about some interesting things that have occurred over the past few days. One of them is bittersweet, the other is super-cool, and the last is just a crazy industry rumor. Let's dive right in. 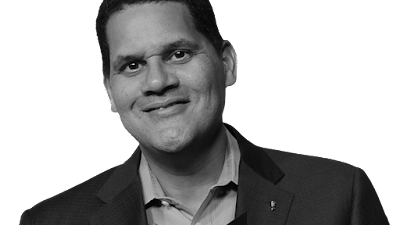 I have some very semi-sad news to share with you all today. The man you see in the photo above may be familiar to you. He changed the video game industry, spawned a massive internet meme, and steered Nintendo back into their pedestal of 21st Century Kings of Gaming. This man is named Reggie Fils-Aimé, and he is the President of Nintendo of America. Or, at least, he was... That's since he has officially announced his retirement.

Now, this is actually delightful news in many ways. He has already served the company for 15 years, became the CEO of the North American division, and has formed a very memorable relationship with fans. This guy must have worked countless hours trying to perfect marketing, pitch game ideas, and film Direct presentations, so I think it's safe to say that he deserves a break with his wife and family. Hey, just a tip for you, Reggie: Turkey has very beautiful beaches, and certain places are very cheap to retire to, so if I were you, I'd be busting out that travel site and packing my Nintendo Switch!

It is very fitting that the Regginator (the nickname that we meme-citizens have given him) entered the company at one of its most dire times (struggling to keep gamers interested with the Gamecube), and left it in its strongest position in history (with the record-breaking success of the Switch). Now, seeing as I didn't have the time to compile some sort of tribute for him myself, here's an article of his best moments, made by IGN: https://www.ign.com/articles/2019/02/23/best-reggie-fils-aime-moments You can read it if you want to honor Mr. Fils-Aimé for all of his awesome moments, or just want to learn more about him if you don't know much already.

He shared this touching video with fans on Twitter, too. The entire platform has been strong in his support recently, with game industry leaders and developers tweeting him thank-you messages and memoirs. You can watch his own message below, or at this link: https://www.youtube.com/watch?v=v-hWm8cg9Eo


The funny part about it is that the new president, set to replace him in April, is named Doug Bowser. That's right! Reggie is getting replaced by the King of the Koopas himself, Bowser! Now that, my friends, is truly epic.

If I get some time, maybe I'll create a custom Mii fighter of him in Super Smash Bros. Ultimate. This way, as he said himself at E3 2012, no matter the foe he faces, his "body [will be] ready". 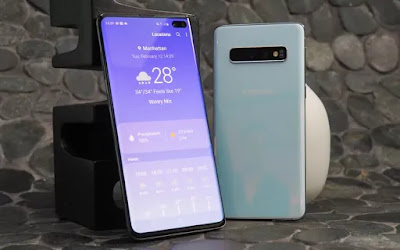 Alright, so while this isn't meant to be an in-depth breakdown of all the phones' new features and specs since you can easily find those elsewhere, I thought that they looked super cool and worth pointing out. The tech world has been getting pretty boring recently in regards to smartphones, and it seems like every single new phone out there is the same exact thing. Samsung came along, and not only gave us some great new traditional phones but one that literally can be folded in half to form a tablet! You can watch a video summary of it below, created by tech site The Verge: https://www.youtube.com/watch?v=r0m1g-JZIfw


Wireless "power share" is a feature where apparently Qi wireless charging technology is used to let you charge other devices by placing them on top of the phones. I have to say, they all look super cool and compelling, even if the folding phone thing is mostly a proof-of-concept. 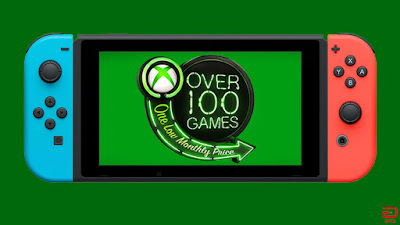 Now, while I am normally a Nintendo fanboy, I do have to admit that the idea of being able to play Cuphead (a stellar Xbox-exclusive game) on the go with the Switch makes me geek out quite a bit. Before now, that would be nothing but a pure nerd fantasy, but now, it could actually be close to happening!

In recent months, Microsoft has been shifting their view on how it views Xbox. They see it more like a service than as a console platform. This means that they are allowing people to play Xbox games on other devices, such as via streaming to a Windows 10 PC, or to a mobile phone. But now, if recent reports are to be believed, the Switch could be next!

What does this mean? Well, originally, it was true that Xbox Live would be heading to Switch, in order to spread beyond cross-play with just Minecraft and Rocket League (as well as that specific battle royale game that shall-not-be-named). I already technically used Xbox Live without having an Xbox, having signed up for it via my Microsoft PC for free, and then using it to play Minecraft multiplayer on my Switch with my cousins and friends on mobile platforms. But more recent reports state that not only will Xbox Live be available on all cross-platform games on the Switch moving forward, but that the Game Pass game-streaming subscription service could come to the hybrid Nintendo console as well!

You can watch a cool speculative video about it by one of my favorite YouTubers Kevin Kenson, below: https://youtu.be/h178TFwUiy8


I know that this is extremely late to be sharing this with you guys now since my birthday was back in December. But seeing that not many people got to see it the first time, here it is!: https://youtu.be/dkkWxZbDIbI

It's the vlog that us, The AABO Show, created during my 14th birthday celebration, where lots of our friends were. (With a few notable exceptions such as Young and Ege; they were busy, and unfortunately couldn't attend.)

In it, we go to an Italian restaurant, where we play Super Smash Bros. Ultimate, eat pizza, and then go watch the animated movie Spider-Man: Into the Spider-Verse (expect a review of that coming soon). Plus, a bonus end gift haul clip and a live-filmed reaction to a big surprise!

Well, folks, that's just about all for this post. Be sure to share it with others if you enjoyed it, and subscribe to receive email notifications whenever I make a new post. I have recently become much less busy, and thus will probably be able to post much more frequently in the months leading to summer break. My next post might be a long-overdue Spider-Man: Into the Spider-Verse movie review collab with Burak. Until then, this is Arca, signing off!

Also, check out this blog made by Burak, it's great: http://biloglu.blogspot.com

Oh, and this one, made by my little brother Onur, too: http://onur3.blogspot.com/