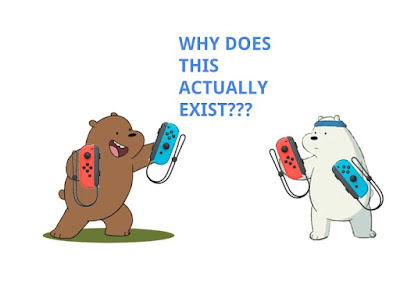 This is both the weirdest and coolest thing that I've seen all day. Cartoon Network has launched a series of ads featuring animations of characters from their network's shows playing the Switch. It all started when I was on the Nintendo YouTube channel, and then I saw a video with this thumbnail seen below: 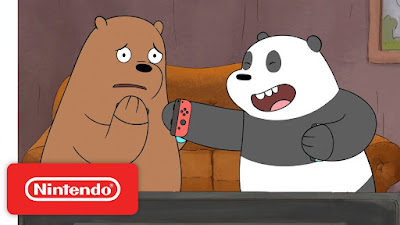 Why were the characters from the cartoon about bears or whatever holding a Nintendo Switch controller in their hands? I thought I was seeing things that weren't actually there. So I actually watched the video.

It is an short commercial animation with the official voice actors and everything, and literally has two characters from "We Bare Bears" playing the game Arms on the Nintendo Switch. They have made another one as well, showing them playing Splatoon 2.

The animation looks a bit more sloppy than what you see on the actual show, but that's okay since it is only an ad and it wouldn't be necessary to spend so much money producing it. Its cool, to be honest, even though some parts are kinda cringy. You can tell that these commercials were aimed for little kids. This may be a smart marketing strategy for Nintendo in the long term, since even though many of the Switch ads so far show adults playing it, the Switch is still a console for all ages so their ads should be simple enough to appeal to younger children as well. If a little kid sees their favorite cartoon character playing a console, then chances are that the little kid will want to try it too.

They also made some non-original animated ones, which show game tips for Arms and Splatoon 2 while including clips from existing episodes of We Bare Bears.

It could have been much worse. At least it isn't Teen Titans Go. Then you could say goodbye to any hope of good Nintendo Switch marketing.