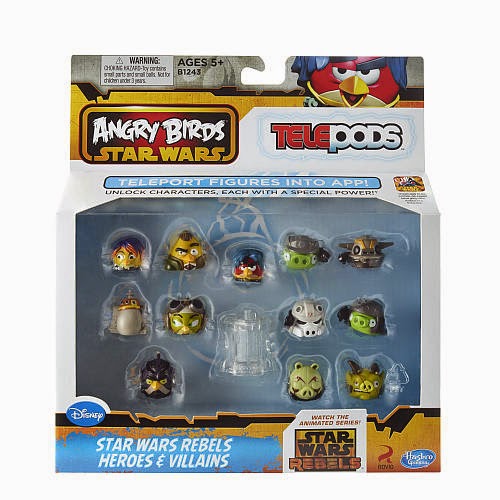 Guess what? You know that Star Wars show
they're featuring on the Kid's Menu at Subway?
Its called Star Wars: Rebels. It's basically
like the Clone Wars Series. It's another
computer animated version of Star Wars
appearing on Disney XD. It was
even featured in a recent TFK  Extra.

So what does that have to do with
Angry Birds?
Well, as you must already know,
just by looking at the picture on
the right, they have made
Angry Birds Star Wars 2
Telepods based on the show.

This set  comes with the following characters:

Plus, they each have a special power!