So um... what exactly happened? 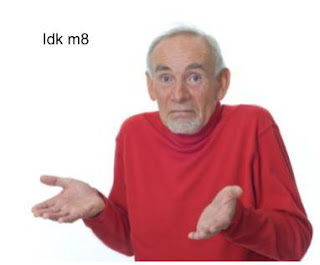 To summarize, Weirdmageddon IRL happened. Both before and during COVID. Oh wait, you mean to my blog? Well...

My blog has been officially on hiatus for some time. It isn't dead. Stay tuned... :)

Oh wait, too short of a post? You want to know what is coming next?

How about this, I publish my 25 draft posts (not including this one)... As shown below: 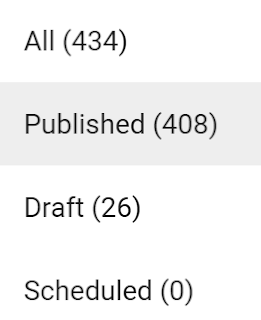 Ah, but most of those are either empty, or super duper outdated and irrelevant. I don't think I'll be finishing any of them... with the exception of one particular empty post. ;)
That's this one:

(Sorry if the screenshot is a bit blurry, by the way.)

In the future (by that, I mean either if I'm extremely bored before school is over, or mid-July... the latter seems more likely) my posts will be different than what I've been doing for the past 4 years. I'll try to make them more opinion and story oriented. So, if there's particular current events that I'm interested in, I might give my opinion on them. Also, if I ever get back into writing fiction, that will likely also end up here. Lastly, there will inevitably be some sort of reviews (the most popular and common type of my posts) here still in the future. I just won't hold trying to review every single game I play on my bucket list, since that's unrealistic.

So, how has my life been? Pretty interesting. I recently received my second vaccine shot, so that means that I am another member of the human race who is immune and thus helping us all return to "normalcy"... whatever that is. Hooray for science! :)

The beginning of this school year feels like it was farther away than this point of last school year. Time doesn't really make sense but simultaneously does.

With not that much left of high school, or my childhood, as Dr. Strange once said, "We're in the endgame now." Things are really interesting now. Four years ago, AKA when the Switch came out and I had just gone on vacation with Ali and Burak to Cancun and things were very different, time felt "infinite", in a way. Now, crazy world events have made me realize that it is all finite and limited, and that we should all try to make the best of it. That's why my blog will now encompass this philosophy, and each post will try to be something special and different... as it always was, but now more so than ever.

Anyway, I have a lot of potential rant-type posts I could potentially make (LOL), and also I might want to give my opinion on various topics. So, for the second time in this entirely improvised post that I made in 15 minutes when I was tired and bored at the end of this day... stay tuned!

Arjay signing out, actually this time. See you in a few months. If I post before then, that means that I have indeed been really bored on a weekend or more likely, that it was auto-generated since I uploaded a YouTube video (this will almost definitely happen).

Stay safe, and have a good one.

Also, pssst... I might change the visual template of my blog. I don't really think it looks that great anymore, and it's been a while, after all. (Four years.) :)