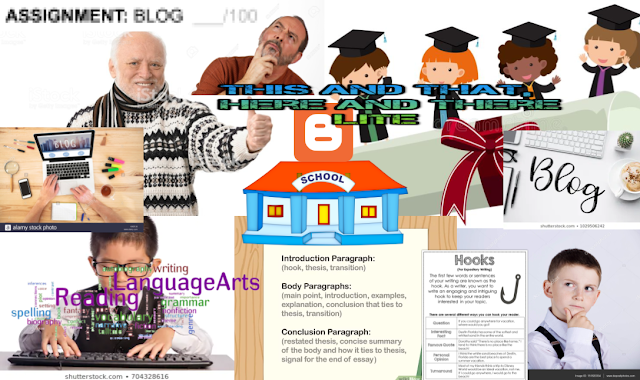 It has all led up to this moment. Millions of years of human existence, every single decision made, every single atom that ever bumped into another atom, every single glucose molecule ever defecated out of a creature, has all led up to this. I have had to go through 11.5 years of education (including preschool) to get to this point. 5 years of blogging, 172.9 thousand views, 338 posts, 29 unfinished drafts, 7.53 billion human beings, 34 cases of coronavirus in the United States, $23 trillion in national debt, 74 playable characters in Smash Ultimate's roster at launch, and the mitochondria is the powerhouse of the cell. Thankfully, this has not all gone for naught, as while it may have cost literally everthing, I can now finally type these words using a piece of plastic and electronics that displays these symbols representing sound that represents ideas that are shared to this thing called the Internet:


"Silly Arca," you must think, or "He's gotta mail his brain to Nintendo, since it's probably drifting" or better yet, "each human cell contains 23 pairs of chromosomes." Actually, never mind that last one, it has literally nothing to do with the topic at hand. Minus 5 points.

Wait a minute... if I'm doing a project in school where I'm suppossed to make a blog post every single day of March, then can I just use this blog and call it a day? Let's see what the intstructions doc on Google Classroom says...

"Feel free to use your current blog, or start a new blog."

Seriously? Two pages later it says that? Well, I'm not one to be a rebel, unless we're talking about wars against massive space-station superweapon-building empires, so I may as well oblige to that stricture, if you catch my vocabulary drift. (Gosh darn it! I'm going to have to send my entire English lexicon to Nintendo, too, now! It hasn't even been six months since the last one, they should really manufacture these things better!)

So, in all seriousness (just kidding, in case you couldn't tell, I don't plan on being very serious for this post), I got assigned a school project today that didn't take me by surprise. That's since I already found out about it months before, but basically in English class we're having a graded daily blog project. I wasn't allowed to just post here on my blog, though that would be nice, but had to sign up on this thing called Edublogs... which uses Wordpress. Not Blogger.

As my teacher announced the assignment, at least 15 different left-brained individual all raised their hand, eager to ask panicked questions about such a terrifying project. "How is this being graded?" "Is this a quiz or a test?" I chuckle at these thoughts mentally, and open a new tab on my Chromebook to look at my own blog (this blog), for inspiration. It asks me for a title for my Edublog. I name it "This and That, Here and There Lite" instead of "Budget Version" or "Jr", because it would be the inferior version of my blog that costs $100 cheaper, is smaller, and can't connect to the television. But at least it comes in those awesome colors! I dig the turquoise. But then again, as soon as TTHT Lite starts drifting, your entire blog is kinda ruined.

Then, the left-brained individual sitting to my right looks at the URL on my screen "arcabaran.com", and says in surprise, "Wait... you have a website? Why??", as if in amusement that such a thing could possibly happen. A boy at a STEM school, having made a website where he gasp... writes for fun. "Because I find writing to be fun, maybe unlike you," I reply truthfully. "Yeah, true," he replies and laughs.

Many of my peers hate writing for some reason, and prefer right or wrong subjects like math. I honestly think that writing is much more fun, since everyone already has thoughts in their mind. Writing is just getting them out there, and it can never be as painful as tedious, complex math has at least the potential of being. Yeah, doing multivariable calculus in senior year, or reading Shakespeare as an eighth grader may also be mind-melting sometimes, but just simply letting your thoughts out naturally never has felt that way to me. Even in cookie-cutter, fill-in-the-blanks informational writing. Writing is much easier and more fun than math could ever be, at least in my opinion. I don't hate or dislike math, and actually like it quite a bit, but I still can see that.

I think it's funny that as a society we've been pushing for highly talented individuals to exercise exclusively the "left hemisphere" or their brains or thought-processes more than anything else. The left side of the brain is all about getting the right answer as precisely and unambigiously as possible. Like robots, we're training ourselves to only do things one way lest we overexert ourselves (oh my!). But, as I once heard an educator argue in some presentation at a Barnes & Noble that I overheard a year or so back even while not watching it, kids are slowly becoming less and less creative as a result. Individuality and expressing one's true inner personality and ideas in whatever way they see fit, or to show that there can be many ways to get a "right" answer or just multiple interpretations or answers in general, have dwindled. I know this anecdotally just looking around at the students in my school.

That's why I find it so utterly hilarious that I've gotten probably the first school project I can think of that relates to simply doing a hobby. For me, that would be like grading me for brushing my teeth (except that doing it only once a month, like how I blog, would be utterly gross and unhygienic, so I wish that I blogged as often as I brushed my teeth). I don't really have to think that much about it. For others, it may seem forceful and tedious, and unnatural. They haven't been given many opportunities to or even encouraged to express themselves much in words before, let alone on an online website, so that was always a given. But seriously, there's something just too funny about all of this that's too hard to explain. "Come and get your educational blogs! Educational blogs at buy one, get one 50% off! A good student is one who knows the quadratic formula and who writes about their feelings and experiences every single day on a website!"

Oh, I think I finally found out why it seem so humorous and novel to me. That's since, for once, I see it as a step in the right direction for making me seem less lonely with my hobby. Especially since I've met all too many a friend of mine who was inspired by me to blog but quit a few months or a year later. I guess this time, all of these people in my grade will end up quitting just a month later, but that's one full month that I'm the best in the room at something that others also do. It'll be pretty amusing seeing a bunch of my fellow students go through what I experienced nearly six years ago when I made my first blog on Squidoo in the third grade. How to create new posts, save drafts, change the template, insert links and images, and more. You know how some people call certain games (like The Legend of Zelda: Breath of the Wild and Super Mario Odyssey) "magical" and wish they could erase their memory and start them all over again to experience it like it was new again? That's how blogging can sometimes feel, and that magic never truly goes away. Again, I bet most of these people won't actually enjoy it much, but it will still seem amusing to have been six years ahead of the curve, to an extent.

Anyways, am I going to be blogging a lot in March? Yes, because my school literally requires it. It's kinda ironic how normally I can't blog that much due to school, but now I'll be blogging a lot because of school. Here's the "Edublog" I created, if you want to see something not that great compared to this blog in format and layout: https://hthsarcab.edublogs.org/

Whenever I make a 1-2 paragraph thing there, I will likely copy and paste it onto the real TTHT as well. That's my plan, and I guess I can thank my English teacher for being the reason I finally blog every single day of a month again... that hasn't happened since I think either June 2016 or September 2015. Dang, this blog is old. Anyways, this is Arca signing off for now. I don't think I'll be able to blog this weekend, or even tomorrow, unfortunately, but I guess I could just reuse this for Day 1 (March 1st) this Sunday on TTHT Lite. See you guys.