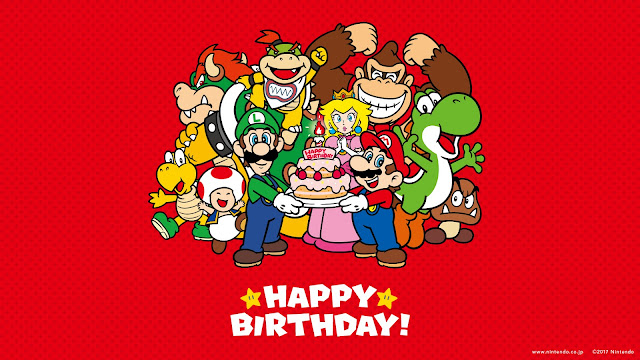 So, today I woke up, and I was still 13 years old. That sentence sounds weird unless you are aware that today is my birthday. In that case, I was actually enthusiastic to wake up super early in the morning and drag myself to school (for once), since I knew that in a matter of hours, I would finally reach a milestone in my life. I would turn officially have been alive for 1.4 decades (AKA 14 years old)!

So I ate a pretty average breakfast (an egg omelet, some cheese, and cereal), and then rode the bus to school. I was excited about my period #1 class since, in our school, we have a video livestream every morning. I wasn't really excited about the livestream announcements themselves; they're nothing special, and in my opinion, absolutely not at all better than my elementary school's DDN (which I was the cameraman of, so expect no bias whatsoever). But our Star Wars fanatic teacher, Mr. B, typically puts some song during the break when it is loading, for all of us to listen to in a couple of minutes while the filming crew gets set up. Usually, it is some old 80s song: Africa by Toto, Down Under by Men at Work (my personal favorite), the soundtrack to Guardians of the Galaxy, or, in the case of Halloween, a Spooky Scary Skeletons trap remix. But for today, since it was my birthday, I requested on the Google Classroom page for our school's digital newspaper club that he should play the theme song for the new game Super Smash Bros. Ultimate, Lifelight. You can listen to it below:

Anyways, that was a pretty awesome way to set the mood for my day, and I spent the rest of the day feeling happier and more pumped up than I was before. I happened to have a math quiz the same hour that I officially turned 14 years old (near 9 AM). Which is funny, since at first there was a certain problem I didn't understand... but then came along 9:05 AM on December 12, 2018, and suddenly, I felt wiser! And yes, I was able to answer the question. Birthday luck, I guess.

Then, in science, we made popcorn! No, I'm not kidding. We were having a demonstration lab showing us how to use the Bunsen burner in an experiment, and how to control the gases and heat and such. Instead of heating up actual, dangerous chemicals, our science teacher decided to play it safe and gave us popcorn instead. So we filled up little cups of popcorn kernels and put it over the flame. In my group (I was partners with my dude Xiang), I was the one to use the magic fire stick to ignite it. Then, Xiang did "Rockabye Baby" to the cup to get the popcorn kernel babies to explode all over our faces. Good times.

Anyways, I came home with less homework than usual (which is to say, one pound instead of one ton), so I was able to actually blog during a weekday! That is a special and rare occurence that probably hasn't happened in three years or so.

Anyways, I'm writing this post to let you guys know that today, December 12, is my birthday! So I turned 12 on 12/12 once. And I turned 8 on 12/12/12 (when some people were convinced the world was going to end. But it didn't. Get Shrekt, Mayan Calendar system! It was either wrong, or they just ran out of space on the circle-shaped rock which they carved it on). I like the time of my birthday a lot. First of all, it is easy to remember (the 12th day of the 12th month), and second of all, it is during winter time. For some people, having a birthday near the holidays might seem dreadful, but when you don't even celebrate any winter holidays anyways, it's great! I normally don't really get an opportunity to get presents during the wintertime (Eid hasn't occurred in the winter for a while), so my birthday does the perfect job of filling that gap and not being jealous of all my friends who got Super Smash Bros. Ultimate when it came out. (Not that I'd need my birthday for that anyways. I pre-ordered that game back in March, after my little brother Onur's birthday. Back then, it had just been announced and we didn't know anything about it yet, not even the title. But it was still at a 20% off discount, so I'd say it was worth it.)

Speaking of celebrating and presents, you may be wondering what I will do to celebrate my 14th birthday. No, I won't just make a blog post about it. I mean, I could and that wouldn't be too bad. The last time I made a birthday post, it became one of the most viewed posts on my blog due to how many Star Wars birthday memes I copy and pasted off of Google images. But this time, I won't just settle for the blog views. This Saturday, I am having a party with my closest group of friends, and we will play the new Smash Bros game together at an Italian restaurant. Then, as in my birthday tradition, we will watch a movie in the theater nearby.

Normally, it would be the latest Star Wars movie. But since Disney decided to make a bad decision and made Solo: A Star Wars story release in May, rather than in December, this year I had to choose something different. What movies are coming out at this time? Well, there's the Grinch. But that's far too festive for me. Also, there's Aquaman. But I'm not a DC Comics fan. Oooh, what about Wreck-it-Ralph 2? It's Internet-themed, which is cool and all, but it wouldn't be the awesome, fantastic movie that my birthday deserves. Luckily, I found it: Sony is making a new Spider-Man movie that releases in two days, just in time for my birthday party. So I will be watching Spider-Man: Into the Spiderverse together with my friends and the AABO Show squad, and recording a vlog of it as well. So far, it has a 98% on Rotten Tomatoes, and 100% of Google users so far liked it, so I hopefully won't be disappointed. You can see the trailer for the movie we will be watching below, in case you are curious:

All right, I'm going to go downstairs and have some cake, so see you next time! Hey by the way, are you reading this, and aren't one of my friends? If you're a friend, you can just check my Amazon Wish List. Otherwise, you can still give me a present, and it's totally free! It's just called clicking that "Subscribe" button at the top of my blog if you'd like to get email notifications and be the first to be aware of new posts. So its a gift for you, and a gift for me at the same time. Talk about a win-win situation! Or, you can also share this blog with your friends if you enjoy what I write. The more people know about it, the better. Another gift you can give me? Well, this one isn't really for me, but rather for one of my friends, Burak. My pal Burak's birthday was last week, on December 7th, so you can check out his blog and subscribe to that, too. Here's the link to that: http://biloglu.blogspot.com/

All right, so as a side note, I had just published this post, when I saw the Google doodle change on my home screen for my birthday! Google changes the doodle on your homepage if you are signed into your account, and it is a cute animated birthday GIF with cupcakes, and if you hover your mouse over it, it says, "Happy Birthday, [your name here]!" If you click it, it takes you to a Google search showing a list of celebrities with the same birthday as you. The only celebrity I recognized was Frank Sinatra. He's a jazz musician who had many famous songs throughout the 1940s and 50s, such as the famous jazz song "New York, New York". You have probably heard it at some point. If not, just look it up.

Anyways, see you later! Its time to eat some cake. So here's my final, long-delayed sign-off. Bye for now, and peace out.