Hello everyone! A few days ago, it was Thanksgiving. Thanksgiving is one of my favorite holidays since it gives everyone time to get together and show gratitude for the special people, privileges, and things in their life. This year, it was no exception. My friends Ali and Burak were kind enough to invite Onur and me over to their house for a Thanksgiving celebration. We ate a delicious feast of turkey and other traditional Thanksgiving food together, talked about what we were thankful for, and had fun playing Super Mario Party together.

I recorded bits of our celebration and edited it together into a full-length vlog, uploaded to our collaboration YouTube channel, The AABO Show. You can watch the full video above, right on this site. Or, if you'd like to have the link and open it in a new YouTube tab, here it is: https://youtu.be/2Fk-sqTVLgo

We hadn't posted in a while previous to this, so of course, I started out the video with an Undertale Megalovania meme that properly illustrates our channel's resurrection (with us suddenly jumping out of a closet after a dead silence). The video above is 7 minutes and 54 seconds long, but if that is way too long for your digital-ageminusculee attention span, you can watch a condensed "sneak-peek" trailer for it below, which is only about one minute long: https://youtu.be/7htWtj007vk


Seeing as this post is all about Thanksgiving, which was three days ago, I may as well talk some more about it. On previous years I would make a post the day-of with the Google Doodle for the day and a short tidbit about Thanksgiving, but this year I was busy the day of Thanksgiving so I was unable to do it. But I had a pretty crazy weekend, to say the least. If you wouldn't mind listening to me ramble on for a few paragraphs, you can listen to me tell my story about it.

So on Thursday morning, I woke up to see a new Amazon package delivered in the mail. I had ordered the game Super Mario Party for my Nintendo Switch a few days earlier, and unsurprisingly enough, it had arrived just in time for our Thanksgiving party. I had been holding off on purchasing this game for a while, mostly due to the fact that I was busy with school and, if I did order it before, I would have little to no use for it. Now that we were invited to our best friends' house for a few hours, I knew this was the perfect opportunity to play the world's most rage-inducing party game.

(By the way, I also got a Chewbacca Funko Pop, which was a The Last Jedi edition with a Porg in his hand and a fuzzy texture throughout it. He now sits happily on my desk and gives me company when I'm locked indoors doing homework. But that's kind of off-topic.)

Anyways, I had breakfast and then opened up the TV to watch the annual Macy's Thanksgiving Day parade in New York City. I watch it most years, and this year wasn't anything particularly different or exciting. The floats were pretty cool in general, and this year they happened to add a Goku float (I'm not a Dragon Ball Z fan or anything, so I wasn't crazy excited about it). I almost forgot about the completely adorable Pikachu float, but it was there for its 20th-or-so appearance. In the afternoon, we went to Ali and Burak's house, and then the fun began! If you want to learn more about what we did there, you can just watch the videos above.

The more crazy stuff happened after Thanksgiving, however. At around early 5 AM on Friday morning, when most people in this country were busy lining up to buy cheap toasters at Walmart and getting trampled in the process, I was awoken by the sound of my dad outside my room. He was plugging in our bathroom heater into the wall, right next to the door. I asked him why he was doing this, and he said that our house was unusually cold. I mean, I knew that it was crazy cold outside (apparently, the other day was the coldest recorded Thanksgiving Day in over a century), but it was strange that inside, it was cold too. So, a dozen drowsy phone-calls later, he found out that there was a problem with our gas supply. It would have to be turned off, leaving us without any sort of warmth in our own home. In other words, we were forced to evacuate immediately.

So at 8 AM, when I probably would have otherwise have been at the end of my sleep, we had to drive to my mom's workplace, where we would have to stay until our heating was fixed. It may have been boring, but at least it was better than freezing to death back at home. I spent my time doing homework, and when I wasn't, I had brought my laptop with me and was looking up Black Friday deals on video games through the office's WiFi network. One deal in particular caught my eye: A Playstation 4 Slim console, bundled with a free copy of Spiderman PS4, for just $199! Normally, the system costs $300, and that's without a $60 game! I really badly wanted it, and it would have been the perfect 14th birthday present that my parents were looking for, but it was basically out of stock everywhere by the time we left the office (it was unavailable at 6 different retailers within 250 m iles, all the way up to New York City).

We found out that our gas was finally going to be fixed, and that they would turn back on the heat within a couple of hours, so we ate food at Chipotle (the office's cafeteria was closed for Thanksgiving, of course, and we were the only souls there). Then we drove to a friend's house, and met up with none other than the Oha-Dude himself: Ege! Fortunately, we remembered to bring our Switch, so we played Super Mario Party and FIFA soccer together. We talked about things and caught up since we hadn't met each other in a while. He had seen our summer sleepover video (featuring him) and was absolutely thrilled at how I had edited a Smash Bros.-style reveal trailer for him.

Saturday and today weren't nearly as eventful, as I was indoors once more doing homework. But I'd say that it was a pretty great Thanksgiving weekend overall, and one of the best breaks I have gotten from school in quite a while.

Anyways, I only have a few weeks of school left until the winter holiday break, so expect me to be able to post more frequently, just like how I promised in my previous post. I may make a game review of Super Mario Party, as well as reviews of the long list of overdue game reviews (my Super Mario Odyssey review is already a year late). I'll also try to edit and put together videos on my main channel about my summer road trip across the US Northeast, to Acadia National Park, and my long-overdue Dominican Republic vacation vlogs (featuring my pal Ege). 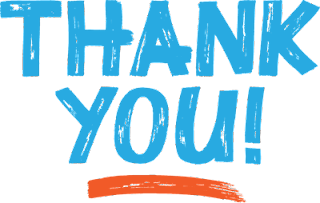 Its been great getting in touch with my blog's readers again. It's like getting in touch with an old friend after a long time of silence and business. I almost forgot how much of a fun pet-project this blog is, and has been, for over 4 years. I would like to thank you all so much for supporting me, and even for just reading this right now. Whether you've been with me since 2014, or you have just heard about my blog recently, I would like to let you know: I am thankful for you. Without my audience, I would never have the determination and perseverance to keep writing these blogs despite my many other commitments.

The truth is, I don't really care about my views. Yes, 130 thousand is a great number and all, but this past year I have been seeing very slow progress in terms of numbers, so that isn't what truly motivates me. Neither does money, ad-revenue, or fame. What has truly driven me to keep on writing these silly blog posts for a quarter of my childhood has been the satisfaction and fun that it gives me, and above all, the fact that I have an audience. The fact that I have an audience, no matter the size, that is actually listening to my ideas and stories and random, creative thoughts, is what truly motivates me to do all of this. And for that, I say thank you very much.