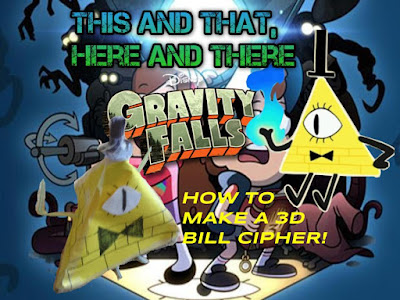 Hi guys! This is Arca. More than a year has passed since the show Gravity Falls ended. It was an amazing show that had a mystery element to it. The main bad-guy was an Illuminati-shaped demon by the name of Bill Cipher.

Today I will be providing a tutorial on how to make your own Bill Cipher using pencils, bendy straws, and paper. It will be a three dimensional pyramid. 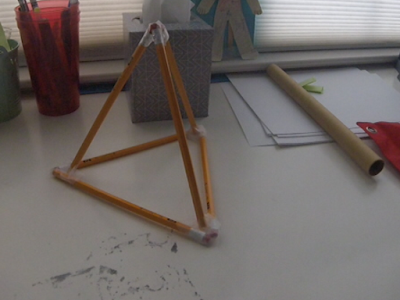 Step 1:  Form a pyramid using the pencils and tape it all together, tying it with tape at the intersections. It may take a few tries to get the angles right. It will have a triangle base with three pencils coming out of each corner and meeting at a center point ahead. 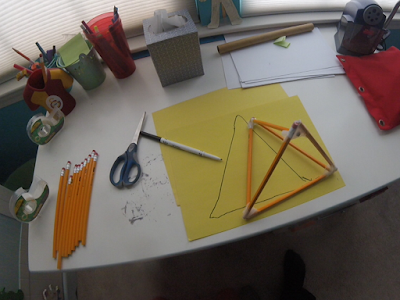 Step 2: Trace the bottom triangle onto a yellow sheet of paper. Don't worry if the sides aren't perfectly straight, there can be some extra space and just be sure to try to cut them straight.
Also poke two holes in the triangle that are next to each other. you will later put straws through them. Cut the triangle out. 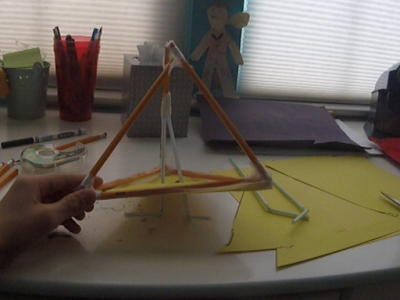 Step 3: Tape on the triangle to the bottom face. Use tape at the edges on both sides to keep it stable. Poke two bendy straws through the holes you created previously. Bend them at the bottom. These will be his feet. Make them meet at the back pencil by taping them on. 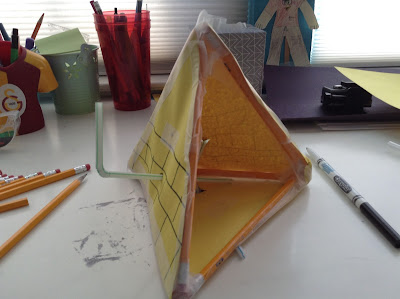 Step 4: Repeat steps 2 and 3 for one of the side faces. Poke a hole through the center for one of his arms. Draw several lines to represent bricks on the pyramid. The lines should stop halfway through.
Tape on the side and make the straw's end taped onto a pencil on the opposite side. 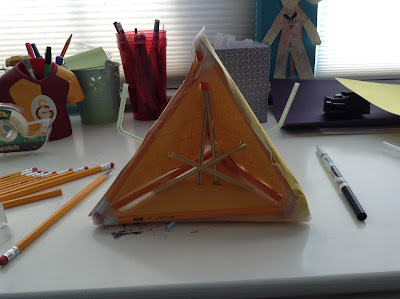 Step 5: Repeat step  for the other side of the pyramid, making sure to bend the straws for his arms. 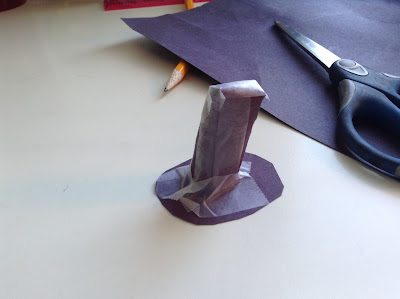 Step 6: Wrap black paper around a pen cap and tape it to a circle-shaped part of black paper. 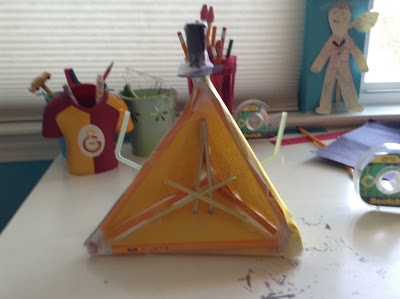 Step 7: Tape the hat to the top corner. 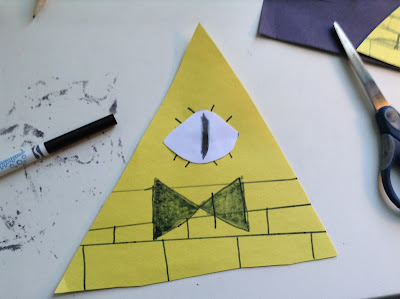 Step 8: Trace another triangle for his face and cut it out. Draw the bricks and his bow tie. Cut out an eye from a white sheet of paper. Glue or tape it on and draw eyelashes around it and a thin black pupil. 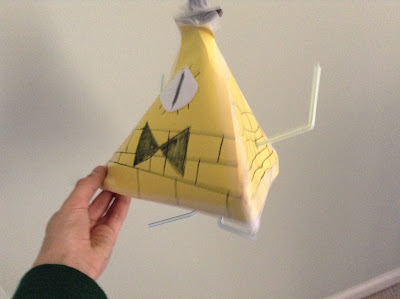 Step 9: Tape the face onto the rest of it. You may have to cut off some of the top corner too make it fit. 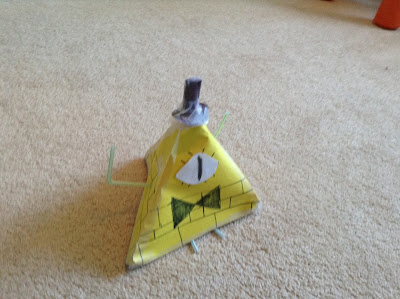 I hope you guys enjoyed this tutorial and followed along to create their own Bill Cipher. Stay tuned for more posts. I have just about reached 40 thousand views. My next special goal post will be at 50 thousand views. Be sure to view often to see new posts!

Remember: Reality is an illusion, the universe is just a hologram, buy gold... BBBBYYYYYYEEEEE!!!