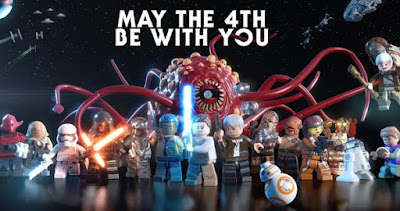 Above: A poster for the 'LEGO Star Wars:  The Force Awakens' Videogame. It appeared in a special May the Fourth trailer.

Today is a very special day. You may have heard about it already. Today is national Star Wars Day! It is often referred to as "May the Fourth Be With You" because it is May 4 and a play on the famous words "May the Force be with you". Star Wars fans worldwide hold costume conventions, movie marathons, and even social media cupcake contests to celebrate this very special day. 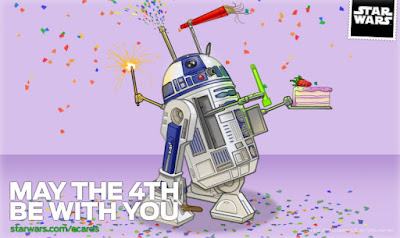 Tomorrow will be called "Revenge of the Fifth" (Get it?) and there are many Star Wars merchandise deals on LEGO sets and other stuff.

Check out this cool video I found! It is Star Wars: The Force Awakens as and Emoji version!

I found out in the middle of writing this post that I made the newspaper! You already know that I am the cameraman for my school's live morning broadcast, DDN. But Defino Dolphin News has made the actual news!!! I knew that it would happen eventually since a reporter for the News Transcript (our local newspaper) had come to the DDN studio about a month ago. The newspaper for it finally came! He took a brief video of Mrs. Young giving us a pre-show pep talk and put it on the GM News website.

Today has been a very exciting day for me overall!

Also, sorry for not posting for quite a while! Don't worry, the posts I promised to do are going to be published soon, I am working on them. So hang in there!