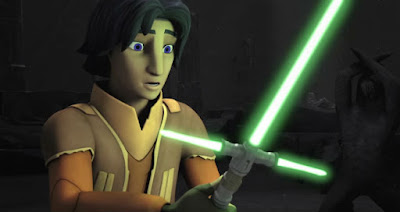 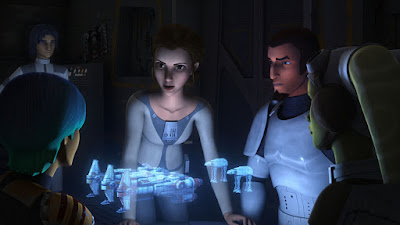 Star Wars Rebels is going off the rails! Not only does it now have Darth Vader, Ahsoka, and Captain Rex in it now, but also it will have Princess Leia in the next episode. It will be the start of mid-season 2. You can watch it January 20 at 9 PM on Disney XD.

"A Princess on Lothal", hence the name, will have Princess Leia Organa herself come to Lothal. According to the creators of the show, she will "join the Rebel crew". Of course, I expect this to only be in a few episodes. After all, if it lasts the whole show then it wouldn't make much sense since Leia is supposed to help the Rebellion elsewhere like she does in A New Hope. 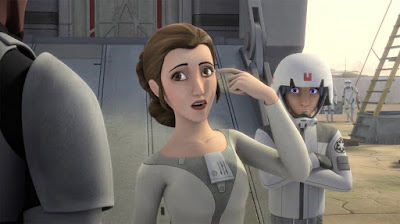 Disney released a clip from the new episode, which you can watch below.

But the most exciting thing is the trailer for mid-season 2. You can watch it below. 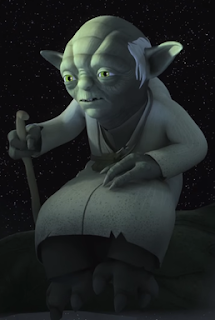 It features Yoda training Ezra. This will be very interesting, as we may see how Yoda goes into hiding.

Also, we see a figure in a hood and his face has what looked to be tattoos. It is obviously Darth Maul. In the trailer, he refers to himself as "Old Master". He may try to convince Ezra to join the dark side. 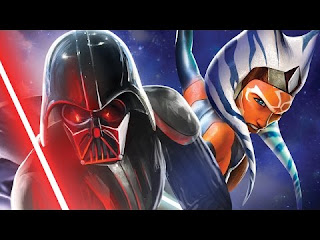 You see what looks like maybe a third inquisitor in the video thumbnail.
Also, Ahsoka is dueling Darth Vader.

The most shocking of all is how Ezra got his hands on what appears to be a variant of Kylo Ren's
lightsaber from Star Wars: The Force Awakens. I would assume that it was from the Jedi Temple that he entered, or maybe the Sith Holocron. Who knows?

Of course, the next episode will mainly focus on the appearance of Princess Leia, so don't expect to see everything from the mid-season 2 trailer in it. I am still super psyched to watch it!

May the Force be with you... See you next time! BYYYYEEEEEE!!!