Star Wars VII (7): The Force Awakens to be released on December 18, 2015- Many Characters Will Return 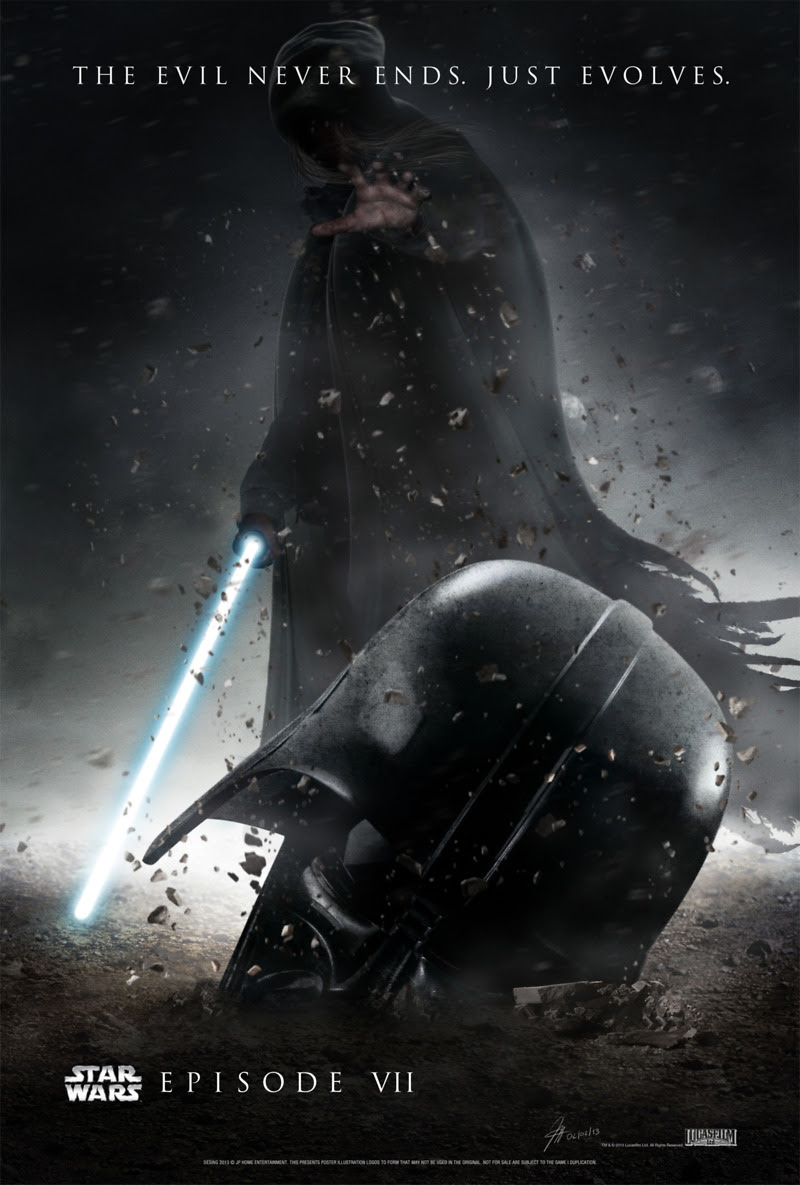 The new Star Wars movie "The Force Awakens" has many secrets. Many of them have been leaked.
But  they don't reveal too much.

Okay, what I am about to say will blow your mind...
Darth Vader will return, as shown in the poster above... He will probably be good. That's really weird though. Didn't he die in Episode 6?

Villains, such as Darth Maul and Boba Fett, will return. Boba makes sense though. There are many theories about Boba NOT dying in  the Sarlacc Pit. This proves they are true.

I think the reason for all these characters returning is because of the movie's title, "The Force Awakens". It is saying that the force will return... along with all these other characters and villains, creating a problem for the movie's plot.

No one is quite sure yet how the force will awaken, and that we will find out in the movie, to be released on December 18, 2015. There still are many mysteries about the movie's plot, which  we will find out soon...

Above: A fan claim, not approved by Disney or Lucasfilm.