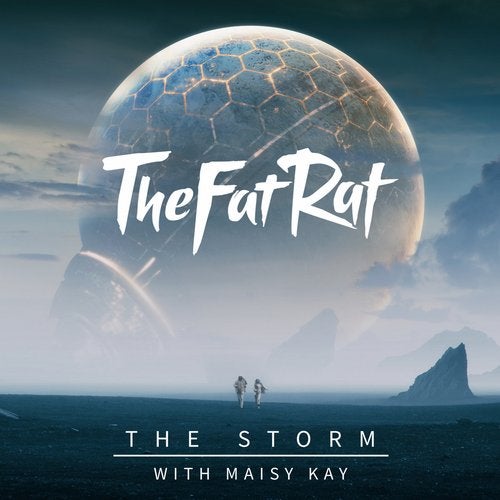 TheFatRat's next song will be his first to feature a fully live-action music video, complete with elaborate CGI and costumes, filmed in scenic Iceland. It will be called "The Storm", and it was originally supposed to release in November of 2019, but he delayed it to continue to work on the music video component of it. As he stated, no one would care if he released it near Christmas, so he delayed it to a new release date of January 24, 2019. That would be this upcoming Friday. However, if this listing on the DJ file buying website BeatPort is anything to go by, the song will be available there two weeks later, on February 7. If we are to trust this site's date (if it's not a placeholder), then that means the song's final release would have been delayed a full extra two days on top of that previous two-month delay.

While the music video has only a few seconds of a preview (which you can see at the bottom of the post or here), a full 2 minutes of what seems to be the final song is readily available to listen at the top of this post or at the link below! I also uploaded a video to YouTube of the audio, which you can watch below or at this link: https://youtu.be/peedURFQl8w

What makes this song special? Well, in addition to the elaborate music video which he has spent a year creating, it will include vocals in the fictional language from the Avatar movies, Na'vi, by the vocalist Maisy Kay. It will also expand the lore of his stories, which has been going on for several years and started with the new lyrics version of the song Unity (which were uploaded to Spotify a few years after the songs' original release). The story takes place in order of each and every songs' release since then that wasn't a remix or Warrior Song, and it encompasses all the art and the lyrics too (with the exception of No No No, since apparently Shia LeBeouf isn't canon in the story; Chris himself has confirmed that that one song's lyrics aren't canon).

The full story hasn't been fully confirmed just yet, but if you're curious about it, here's a playlist about the correct chronological order for reference: https://www.youtube.com/playlist?list=PLqv99ToFqgJ-eTN2K4Tt43KKEiTwd-1P2

The lyrics are lots to go off of already, and I transcribed them (not the Na'vi ones, since no one has entirely translated those yet), below:


I found the light inside me, I wanna let it glow... keep shining right beside me. Follow where I go... So when the thunder comes and the Storm becomes the night... I’ll guide you through the light and stay close by my side.

Oh, when the clouds have found my voice... All past the shouts and broken noise... so don’t let me fall, where I don’t belong... I can’t go back and lose it all...

Here is a preview of the music video itself, which is a few seconds long, that Chris shared on his various social media accounts: https://twitter.com/ThisIsTheFatRat/status/1211727219258744837

Here are some photos of them filming on the set in Iceland: 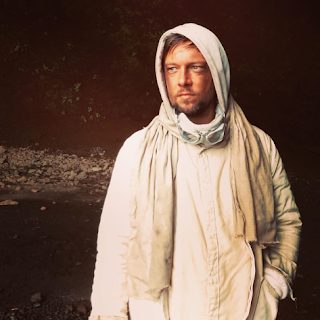 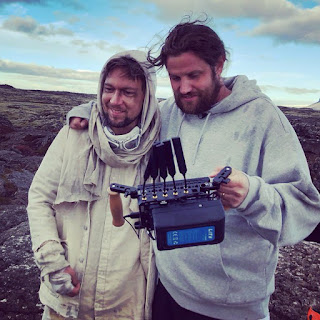 That's it for this post! Do you think that this song is actually coming out in one day, or will he delay it yet again to February? Do these music video stills and clips look promising or exciting? Does the 80% of the song that we can already hear sound good enough considering the wait? My answer is hopefully, yes, and probably.

See you next time, Ratbellionists and those who express zero interest in this whatsoever but are only reading or looking because you like my blog and I wrote this. If you are one of those people, sorry. If not, prepare the Free Ships, we're going straight into HUperspace!

Don't forget to read my previous post, which was a mini-review with no spoilers of The Rise of Skywalker: http://www.arcabaran.com/2020/01/star-wars-rise-of-skywalker-mini-review.html

UPDATE: Guys, I've found out something funny! I've successfully managed to trick the Google search algorithm with my uploaded sneak peek. Now, if you Google search "thefatrat the storm", as of now, my video gets highlighted in a special widget usually used for official music videos that highlights the artist, song, and release year! It's not just the top result; Google thinks its the official video! Here's a picture below if you don't believe me. This will obviously change once the actual song gets released, but for the next couple of weeks or days, I'm apparently going to be getting all of Google's spotlight. You can also try it here (it doesn't work in mobile browsers unless you go on desktop mode, since that's the way Google is designed to show music widgets for some reason): https://www.google.com/search?q=thefatrat+the+storm&rlz=1C1MKDC_enUS773US773&oq=thefatrat&aqs=chrome.0.69i59l2j69i57j69i59j0j69i61l3.945j0j7&sourceid=chrome&ie=UTF-8 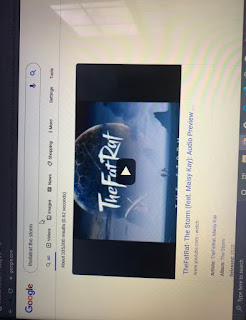 July 08, 2018
If you're an avid reader of my blog, then reading the title of this post may have given you a sense of Deja Vu. If it did, then surely I can't blame you; You see, you're kind of right in feeling that way. That is since last year I made a post about running for school vice-president, which is technically different than what this will be about. But just because its different doesn't mean it can't be similar, either. When they say that history tends to repeat itself, well, it turns out that they can be so right, and this story proves that exactly. So sit back, relax, and hear my tale of what happened in my school two weeks ago...

LEVEL ONE: The public relations specialist

To start the story, let's talk about how it all began. Back in 2016 just before I started middle school with 6th grade, we got a form asking what school clubs we wanted to join that year. My eyes immediately fell to computer club and newspaper club, of course. But when I showed it to my mom, she …
2 comments
Read more >>

October 19, 2014
Its finally here! The moment we've all been waiting for... Angry Birds Transformers is now out on both Android and IOS  devices and tablets! Awesome right? The game even allows you to "invite"
random people to your game to help you win a level. Plus, you don't even need to be connected to Facebook of Wi-Fi to do so!

When you press the tap the "transform" button, you transform into your…
3 comments
Read more >>